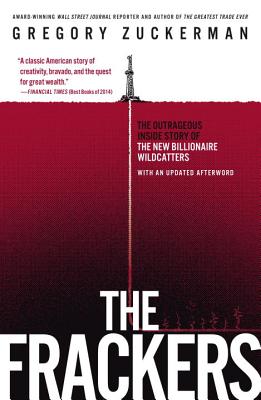 The Frackers: The Outrageous Inside Story of the New Billionaire Wildcatters

A lively, exciting, and definitely thought-provoking book. --Booklist Things looked grim for American energy in 2006, but a handful of wildcatters were determined to tap massive deposits of oil and gas that giants like Exxon and Chevron had ignored. They risked everything on a new process called fracking. Within a few years, they solved America's dependence on imported energy, triggered a global environmental controversy, and made and lost astonishing fortunes.

No one understands the frackers--their ambitions, personalities, and foibles--better than Wall Street Journal reporter Gregory Zuckerman. His exclusive access drives this dramatic narrative, which stretches from North Dakota to Texas to Wall Street.

The Frackers: The Outrageous Inside Story of the New Billionaire Wildcatters