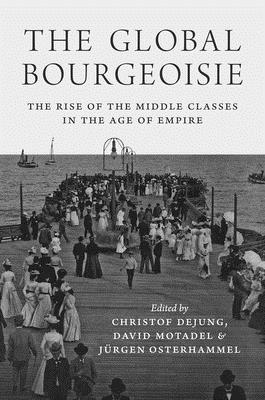 The Global Bourgeoisie: The Rise of the Middle Classes in the Age of Empire

The first global history of the middle class

While the nineteenth century has been described as the golden age of the European bourgeoisie, the emergence of the middle class and bourgeois culture was by no means exclusive to Europe. The Global Bourgeoisie explores the rise of the middle classes around the world during the age of empire. Bringing together eminent scholars, this landmark essay collection compares middle-class formation in various regions, highlighting differences and similarities, and assesses the extent to which bourgeois growth was tied to the increasing exchange of ideas and goods. The contributors indicate that the middle class was from its very beginning, even in Europe, the result of international connections and entanglements.

Essays are grouped into six thematic sections: the political history of middle-class formation, the impact of imperial rule on the colonial middle class, the role of capitalism, the influence of religion, the obstacles to the middle class beyond the Western and colonial world, and, lastly, reflections on the creation of bourgeois cultures and global social history. Placing the establishment of middle-class society into historical context, this book shows how the triumph or destabilization of bourgeois values can shape the liberal world order.

The Global Bourgeoisie irrevocably changes the understanding of how an important social class came to be.

The Global Bourgeoisie: The Rise of the Middle Classes in the Age of Empire

Christof Dejung is professor of modern history at the University of Bern.