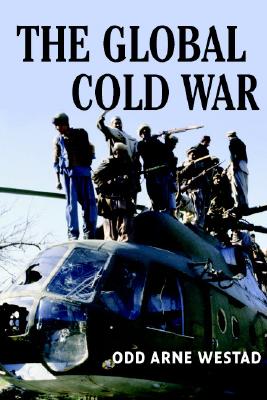 The Cold War between the former Soviet Union and the United States indelibly shaped the world we live in today--especially international politics, economics, and military affairs. This volume shows how the globalization of the Cold War during the 20th century created the foundations for most of today's key international conflicts, including the war on terror. Odd Arne Westad examines the origins and course of Third World revolutions and the ideologies that drove the U.S. and the U.S.S.R. towards interventionism. He focuses on how these interventions gave rise to resentments and resistance that, in the end, helped to topple one and to seriously challenge the other superpower. In addition, he demonstrates how these worldwide interventions determined the international and domestic framework within which political, social and cultural changes took place in such countries as China, Indonesia, Iran, Ethiopia, Angola, Cuba, and Nicaragua. According to Westad, these changes, plus the ideologies, movements and states that interventionism stirred up, constitute the real legacy of the Cold War. Odd Arne Westad is Professor of International History at the London School of Economics and Political Science. In 2004 he was named head of department and co-director of the new LSE Cold War Studies Centre. Professor Westad is the author, or editor, of ten books on contemporary international history including Decisive Encounters: The Chinese Civil War, 1946-1950 (2003) and, with Jussi Hanhimaki, The Cold War: A History in Documents and Eyewitness Accounts (2003). In addition, he is a founding editor of the journal Cold War History.
The Global Cold War

Odd Arne Westad is a scholar of modern international and global history, with a specialization in the history of eastern Asia since the 18th century.  He studied history, philosophy, and modern languages at the University of Oslo before doing a graduate degree in US/international history at the University of North Carolina at Chapel Hill, where he primarily worked with Michael H. Hunt.  Westad has published sixteen books, most of which deal with twentieth century Asian and global history.

Since the mid-2000s, Westad has been concerned with more general aspects of post-colonial and global history, as well as the modern history of China.  The three key works from this period are The Global Cold War, which argues for ways of understanding the Soviet-American conflict in light of late- and post-colonial change in Asia, Africa, and the Caribbean; Restless Empire, which discusses broad trends in China’s international history since 1750; and The Cold War: A World History, which summarizes the origins, conduct, and results of the conflict on a global scale.

Today Westad is mainly interested in researching histories of empire and imperialism, first and foremost in Asia, but also world-wide.  He is also trying to figure out how China’s late twentieth century economic reforms came into being and how their results changed the global economy.

Westad joined the faculty at Yale after teaching at the London School of Economics, where he was School Professor of International History, and at Harvard University, where he was the S.T. Lee Professor of US-Asia Relations.  He is a fellow of the British Academy and of several other national academies.