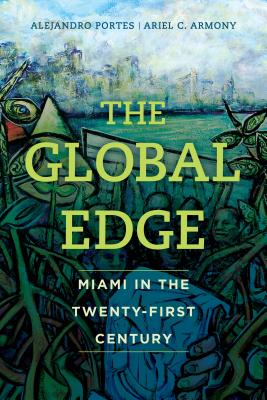 The Global Edge: Miami in the Twenty-First Century

Over the last quarter century, no other city like Miami has rapidly transformed into a global city. The Global Edge charts the social tensions and unexpected consequences of this remarkable process of change. Acting as a follow-up to the highly successful City on the Edge, The Global Edge examines Miami in the context of globalization and scrutinizes its newfound place as a major international city. Written by two well-known scholars in the field, the book examines Miami's rise as a finance and banking center and the simultaneous emergence of a highly diverse but contentious ethnic mosaic. The Global Edge serves as a case study of Miami's present cultural, economic, and political transformation, and describes how its future course can provide key lessons for other metropolitan areas throughout the world.
The Global Edge: Miami in the Twenty-First Century

Alejandro Portes is Howard Harrison and Gabrielle Snyder Beck Professor of Sociology and director of the Center for Migration and Development at Princeton University.

He is the author of 250 articles and chapters on national development, international migration, Latin American and Caribbean urbanization, and economic sociology. He has published 30 books and special issues. His books include City on the Edge – the Transformation of Miami(California 1993), co-authored with Alex Stepick and winner of the Robert Park Award for best book in urban sociology and the Anthony Leeds Award for best book in urban anthropology in 1995; and Immigrant America: A Portrait, 3rd edition, (California 2006), designated as a Centennial Publication by the University of California Press in 1996.

His current research is on the adaptation process of the immigrant second generation in comparative perspective, the role of institutions on national development, and immigration and the American health system.