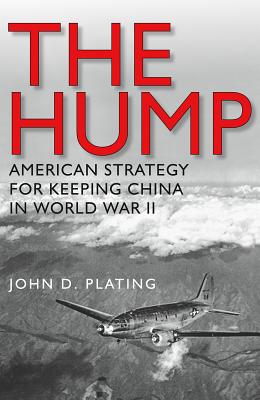 Chronicling the most ambitious airlift in history . . . Carried out over arguably the world's most rugged terrain, in its most inhospitable weather system, and under the constant threat of enemy attack, the trans-Himalayan airlift of World War II delivered nearly 740,000 tons of cargo to China, making it possible for Chinese forces to wage war against Japan. This operation dwarfed the supply delivery by land over the Burma and Ledo Roads and represented the fullest expression of the U.S. government's commitment to China. In this groundbreaking work--the first concentrated historical study of the world's first sustained combat airlift operation--John D. Plating argues that the Hump airlift was initially undertaken to serve as a display of American support for its Chinese ally, which had been at war with Japan since 1937. However, by 1944, with the airlift's capability gaining momentum, American strategists shifted the purpose of air operations to focus on supplying American forces in China in preparation for the U.S.'s final assault on Japan. From the standpoint of war materiel, the airlift was the precondition that made possible all other allied military action in the China-Burma-India theater, where Allied troops were most commonly inserted, supplied, and extracted by air. Drawing on extensive research that includes Chinese and Japanese archives, Plating tells a spellbinding story in a context that relates it to the larger movements of the war and reveals its significance in terms of the development of military air power. The Hump demonstrates the operation's far-reaching legacy as it became the example and prototype of the Berlin Airlift, the first air battle of the Cold War. The Hump operation also bore significantly on the initial moves of the Chinese Civil War, when Air Transport Command aircraft moved entire armies of Nationalist troops hundreds of miles in mere days in order to prevent Communist forces from being the ones to accept the Japanese surrender.

It was there that he also served as an Associate Professor of History, with publications dealing with global operational strategy and receiving accolades as a speaker and educator. Earning his Ph.D. is History at The Ohio State University, John’s book The Hump: America's Strategy for Keeping China in World War II has received wide acclaim as a seminal work.

John also served as a senior pilot in the Air Force, amassing over 2,000 flight hours and being recognized for his international logistical expertise, which also included the movement of nuclear weapons and other highly sensitive materials. He and his wife Paula have 5 children and reside in Chattanooga, Tennessee.