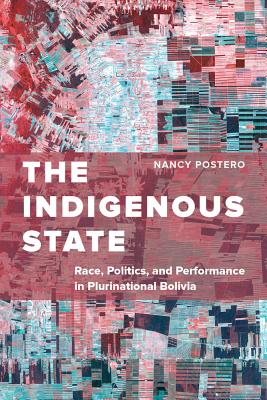 The Indigenous State: Race, Politics, and Performance in Plurinational Bolivia

In 2005, Bolivians elected their first indigenous president, Evo Morales. Ushering in a new democratic cultural revolution, Morales promised to overturn neoliberalism and inaugurate a new decolonized society. In this perceptive new book, Nancy Postero examines the successes and failures that have followed in the ten years since Morales's election. While the Morales government has made many changes that have benefited Bolivia's majority indigenous population, it has also consolidated power and reinforced extractivist development models. In the process, indigeneity has been transformed from a site of emancipatory politics to a site of liberal nation-state building. By carefully tracing the political origins and practices of decolonization among activists, government administrators, and ordinary citizens, Postero makes an important contribution to our understanding of the meaning and impact of Bolivia's indigenous state.

The Indigenous State: Race, Politics, and Performance in Plurinational Bolivia

In her 2007 book Now We Are Citizens, Indigenous Politics in Postmulticultural Bolivia (Stanford University Press), she examined neoliberal multiculturalism as a regime of citizenship. Comparing this regime to past epochs, she asked how neoliberal policies and practices informed the particular exclusions that marked the era of state-sponsored multiculturalism. Postero examines these issues from the perspective of the Guaraní people of Santa Cruz, in Bolivia’s Eastern lowlands, with whom she has carried out fieldwork since 1994.

Through careful ethnographic studies of the effects of the Law of Popular Participation, local indigenous struggles over land rights, and NGO development projects, she argued that despite the rhetoric of indigenous empowerment, Bolivia’s multicultural reforms of the 1990s reinforced the power of the traditional dominant elite class, political parties, and a new set of patrons, the NGOs. The striking protagonism of indigenous people in Bolivian politics from 2000-2005 –which brought about the end of the neoliberal regime and the election of Bolivia’s first indigenous president, Evo Morales -- must be understood as having emerged from indigenous engagement with the promises and exclusions of these neoliberal reforms.

Postero has examined the concept of indigeneity, seeking to understand how it is constructed, negotiated, and often forms an important site for claims-making. In the 2004 volume The Struggle for Indian Rights in Latin America, co-edited with UC San Diego sociologist Leon Zamosc, (Sussex Press), Postero and Zamosc make cross-country comparisons of indigenous struggles across Latin America to find patterns in the complex relations between neoliberalism’s effects and indigenous strategies.

Focusing on how the “Indian Question” is raised and negotiated by different actors in specific conjunctures, they argue for a careful empirical analysis of indigenous struggles across the region. In Negotiating Identity (2013), Postero provides a synthetic framework for thinking about the politics of indigeneity in Bolivia.

In recent years, she has turned to the so-called “post-neoliberal” moment in Bolivia, where the government of indigenous president Morales and his MAS party is promoting an agenda that includes decolonizing society and formulating alternatives to neoliberalism. She has explored various aspects of this new project, including the MAS government’s uses of idealist notions of Andean culture to promote its agenda (LACES 2007), and the interesting and productive tensions within the MAS (Latin American Perspectives 2010). She has also examined the limitations liberalism placed on the MAS’s “radical democracy” project (Latin American Research Review 2010).

In Neoliberalism, Interrupted, Social Change and Contested Governance in Contemporary Latin America, co-edited with anthropologist Mark Goodale (Stanford University Press 2013), she examined the possibilities of a post-neoliberal moment across Latin America. The Bolivian, Venezuelan, and Ecuadorian cases point to important challenges to neoliberal economic processes. Does this amount to a more far-reaching transformation in the region? If so, what has changed? Given the neoliberalism was never complete, and always contested, does the “post-“ framework have analytical value?

Her research demonstrates that while the Bolivian government has made enormous changes in the organization of state and society, there are fundamental tensions between the social and cultural justice and the ongoing extractivist national development model.

With colleague Nicole Fabricant, she has also examined political performance and spectacle in Bolivia. In a series of articles focusing on lowland elite opposition to the Morales government, they have explored the role of ritual and emotion in political contestation. In their 2013 JLACA article, Fabricant and Postero analyze hunger strikes by conservative elites who used the repertoire of the powerless to argue they are victims of an authoritarian state. Examining the role of fantasy in these post-colonial relationships, they argue these spectacles of citizenship can also erase long histories of structural inequality and race/racism, and allow the elite to reposition themselves as the newly oppressed and marginalized peoples.

A 2014 article in Identities develops this notion, demonstrating how various actors, including both the State and the conservative elite opposition, utilized notions of human rights and indigeneity, and especially the trope of the “wounded Indian body” to push their interests.

Her newest book, The Indigenous State: Race, Politics, and Performance in Plurinational Bolivia (UC Press, 2017) brings together many of these issues. It examines the ten years of the Morales-led plurinational state and evaluates the promises of decolonization. Exploring various sites of interventions, from collective marriages organized by the state to indigenous autonomy initiatives to the TIPNIS controversy, she evaluates what it has meant for Bolivia’s poor and indigenous peoples to have a state controlled by indigenous actors.

There is little doubt that this state has improved the lives of indigenous people, and attacked racism. Yet, the central argument of the book is that when Morales took power in 2006, indigeneity and decolonization were sites of liberation, forming what French theorist Jacques Rancière would call an emancipatory “politics”. Over the arch of the decade, however, the state has consolidated power, in part by performing a state-led version of indigeneity and in part by expanding an extractivist national development project.  As a result, indigeneity and decolonization are now part of the state-building project, serving as a form of governance, or “policing”.

Her most recent project is a forthcoming special issue of Anthropology Theory, co-edited with Eli Elinoff and Nicole Fabricant, titled Political Anthropology in the Era of Post-Politics. This collection argues for the critical need for ethnographic analysis by political anthropologists to counter the forms of consensus governance across the world. They define politics as a “practice of world making that proceeds through constellations of disagreement, difference, and conflict.”