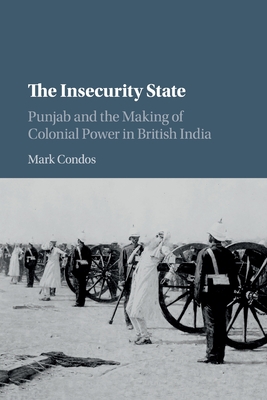 In this provocative new work, Mark Condos explores the 'dark underside' of the ideologies that sustained British rule in India. Using Punjab as a case study, he argues that India's colonial overlords were obsessively fearful, and plagued by an unreasoning belief in their own vulnerability as rulers. These enduring anxieties precipitated, and justified, an all too frequent recourse to violence, joined with an insistence on untrammelled power placed in the hands of the executive. Examining how the British colonial experience was shaped by a chronic sense of unease, anxiety, and insecurity, this is a timely intervention in debates about the contested project of colonial state-building, the oppressive and violent practices of colonial rule, the nature of imperial sovereignty, law, and policing and the postcolonial legacies of empire.
The Insecurity State