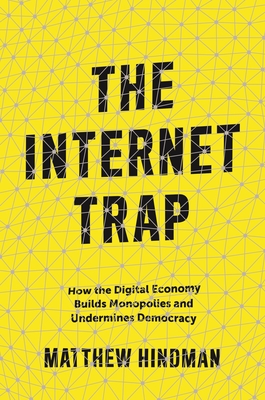 The Internet Trap: How the Digital Economy Builds Monopolies and Undermines Democracy

The internet was supposed to fragment audiences and make media monopolies impossible. Instead, behemoths like Google and Facebook now dominate the time we spend online--and grab all the profits. This provocative and timely book sheds light on the stunning rise of the digital giants and the online struggles of nearly everyone else, and reveals what small players can do to survive in a game that is rigged against them. Challenging some of the most enduring myths of digital life, Matthew Hindman explains why net neutrality alone is no guarantee of an open internet, and demonstrates what it really takes to grow a digital audience in today's competitive online economy.

The Internet Trap: How the Digital Economy Builds Monopolies and Undermines Democracy

Matthew Hindman is an associate professor in the George Washington University School of Media and Public Affairs. His work focuses on political communication, digital audiences and online disinformation.

Dr. Hindman's latest book, The Internet Trap: How the Digital Economy Builds Monopolies and Undermines Democracy, was published by Princeton University Press in September 2018 and received the prestigious Harvard Goldsmith Book Prize. It argues that the internet has not lowered the cost of reaching audiences — it has merely shifted who pays and how. Challenging longstanding fables of digital life, the book shows that the internet is not really a "postindustrial" technology, that net neutrality alone is not enough for an open internet and that the problems of local digital news are even worse than they look. Even on the internet, the book shows, there is no such thing as a free audience.

Other parts of Dr. Hindman's research focus on machine learning and the spread of digital disinformation. His first book, The Myth of Digital Democracy (Princeton University Press), won Harvard's Goldsmith Book Prize as well as the Donald McGannon Award for communication research.

Dr. Hindman has been a Shorenstein Fellow at the Harvard Kennedy School and a nonresident faculty associate with the Berkman Center for Internet and Society at Harvard. He was previously an assistant professor of political science at Arizona State University.

Dr. Hindman earned a Ph.D. in politics as a Javits Fellow at Princeton. He is a Phi Beta Kappa graduate of Willamette University and was previously a fellow in the Harvard Government Department and Harvard Kennedy School's National Center for Digital Government. 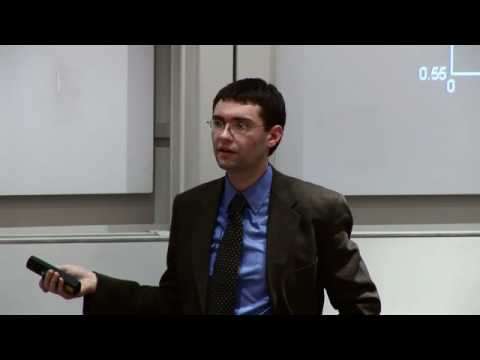