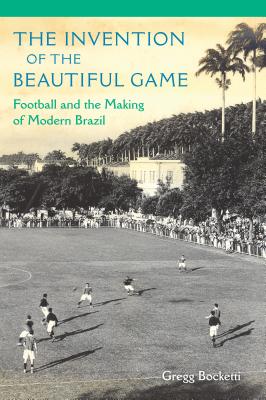 The Invention of the Beautiful Game: Football and the Making of Modern Brazil

Beautifully researched and engagingly told, this book captures the bitter conflicts and surprising continuities that marked the emergence of a national style in Brazil as it tells the story of the men and women who, despite their many differences, together created 'the beautiful game.'--Roger Kittleson, author of The Country of Football: Soccer and the Making of Modern Brazil Compellingly shows how each segment of Brazilian society--players, club owners, and spectators, especially the usually neglected female fans--was touched by the sport that it eventually came to proudly embrace as its own.--Amy Chazkel, coeditor of The Rio de Janeiro Reader: History, Culture, Politics Highlights the narrative power of soccer, showing how Brazilians--from elite sportsmen and nationalist intellectuals to common men and women--infused the sport with both personal and national importance.--Joshua Nadel, author of F�tbol!: Why Soccer Matters in Latin America Although the popular history of Brazilian football narrates a story of progress toward democracy and inclusion, it does not match the actual historical record. Instead, football can be understood as an invention of early twentieth century middle-class and wealthy Brazilians who called themselves sportsmen and nationalists, and used the sport as part of their larger campaigns to shape and reshape the nation. In this cross-cutting cultural history, Gregg Bocketti traces the origins of football in Brazil from its elitist, Eurocentric identity as foot-ball at the end of the nineteenth century to its subsequent mythologization as the specifically Brazilian futebol, o jogo bonito (the beautiful game). Bocketti examines the popular depictions of the sport as having evolved from a white elite pastime to an integral part of Brazil's national identity known for its passion and creativity, and concludes that these mythologized narratives have obscured many of the complexities and the continuities of the history of football and of Brazil. Mining a rich trove of sources, including contemporary sports journalism, archives of Brazilian soccer clubs, and British ministry records, and looking in detail at soccer's effect on all parts of Brazilian society, Bocketti shows how important the sport is to an understanding of Brazilian nationalism and nation building in the late nineteenth and early twentieth centuries.
The Invention of the Beautiful Game: Football and the Making of Modern Brazil

Dr. Gregg Bocketti is Professor of History and Program Director for International Affairs at Transylvania University.

Bocketti’s research interest is in Latin American history, and he teaches unique courses related to that field, including History of Brazil, Sport in Latin America, and Public Celebration in Latin America. He encourages his students to explore those subjects in a thoughtful way, and it shows in their work.