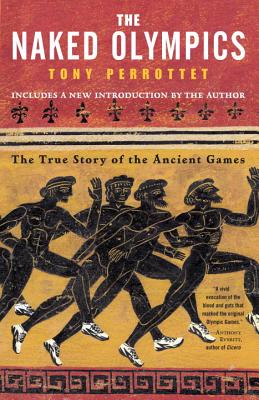 The Naked Olympics: The True Story of the Ancient Games

What was it like to attend the ancient Olympic Games? With the summer Olympics' return to Athens, Tony Perrottet delves into the ancient world and lets the Greek Games begin again. The acclaimed author of Pagan Holiday brings attitude, erudition, and humor to the fascinating story of the original Olympic festival, tracking the event day by day to re-create the experience in all its compelling spectacle.

Using firsthand reports and little-known sources--including an actual Handbook for a Sports Coach used by the Greeks--The Naked Olympics creates a vivid picture of an extravaganza performed before as many as forty thousand people, featuring contests as timeless as the javelin throw and as exotic as the chariot race.

Peeling away the layers of myth, Perrottet lays bare the ancient sporting experience--including the round-the-clock bacchanal inside the tents of the Olympic Village, the all-male nude workouts under the statue of Eros, and history's first corruption scandals involving athletes. Featuring sometimes scandalous cameos by sports enthusiasts Plato, Socrates, and Herodotus, The Naked Olympics offers essential insight into today's Games and an unforgettable guide to the world's first and most influential athletic festival.

Just in time for the modern Olympic games to return to Greece this summer for the first time in more than a century, Tony Perrottet offers up a diverting primer on the Olympics of the ancient kind....Well researched; his sources are as solid as sources come. It's also well writen....Perhaps no book of the season will show us so briefly and entertainingly just how complete is our inheritance from the Greeks, vulgarity and all.
--The Washington Post

The Naked Olympics: The True Story of the Ancient Games

The need for perpetual motion has always been Tony Perrottet's most obvious personality disorder. While studying history at Sydney University, the Australian-born Perrottet regularly disappeared hitch-hiking through the Outback, sailing the coast of Sumatra or traveling through rural India (enjoying a brief and inglorious career as a film extra in Rajasthan).

After graduation, he moved to South America to work as a "roving correspondent," where he covered the Shining Path war in Peru, drug running in Colombia and several military rebellions in Argentina. A brief visit to Manhattan fifteen years ago convinced him that New York was the ideal place for a rootless wanderer to be based. From his current home in the East Village of Manhattan, he has continued to commute to Iceland, Tierra del Fuego, Beijing, Tasmania and Zanzibar, while contributing to international publications including Smithsonian Magazine (where he is a Contributing Writer), the New York Times, the Wall Street Journal Magazine, Condé Nast Traveler, Esquire, Outside, Afar and the London Sunday Times.

Perrottet is the author of six books — a collection of travel stories, Off the Deep End: Travels in Forgotten Frontiers (1997); Pagan Holiday: On the Trail of Ancient Roman Tourists (2002); The Naked Olympics: The True Story of the Greek Games (2004); Napoleon's Privates: 2500 Years of History Unzipped (2008); The Sinner's Grand Tour: A Journey Through the Historical Underbelly of Europe (2012); and most recently, ¡Cuba Libre!: Che, Fidel and the Improbable Revolution that Changed World History (2019).

His travel stories have been translated into a dozen languages and widely anthologized, having been selected seven times for the Best American Travel Writing series. He is also a regular television guest on the History Channel, where he has spoken about everything from the Crusades to the birth of disco. 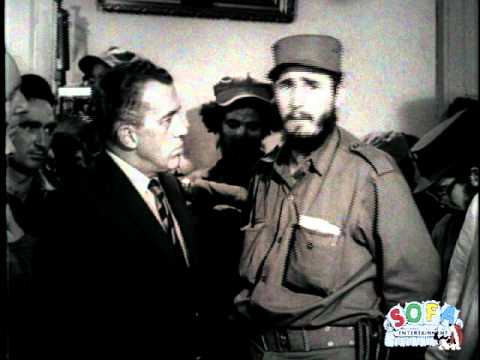