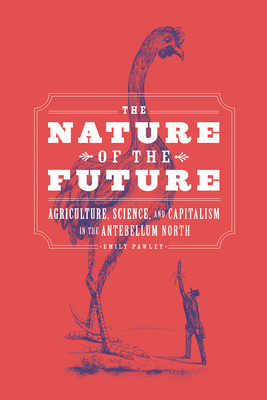 The Nature of the Future: Agriculture, Science, and Capitalism in the Antebellum North

The nostalgic mist surrounding farms can make it hard to write their history, encrusting them with stereotypical rural virtues and unrealistically separating them from markets, capitalism, and urban influences. The Nature of the Future aims to remake this staid vision. Emily Pawley examines a place and period of enormous agricultural vitality--antebellum New York State--and follows thousands of improving agriculturists, part of the largest, most diverse, and most active scientific community in nineteenth-century America. Pawley shows that these improvers practiced a kind of science hard for contemporary readers to recognize, in which profit was not only a goal but also the underlying purpose of the natural world. Far from producing a more rational vision of nature, northern farmers practiced a form of science where conflicting visions of the future landscape appeared and evaporated in quick succession. Drawing from environmental history, US history and the history of science, and extensively mining a wealth of antebellum agricultural publications, The Nature of the Future uncovers the rich loam hiding beneath ostensibly infertile scholarly terrain, revealing a surprising area of agricultural experimentation that transformed American landscapes and American ideas of expertise, success, and exploitation.
The Nature of the Future: Agriculture, Science, and Capitalism in the Antebellum North

Her book The Nature of the Future: Agriculture, Capitalism, and Science in the Antebellum North is newly out with Chicago in 2020 and she’s currently juggling projects on climate change pedagogy, carbon sequestration, and the history of ideas of nurture.