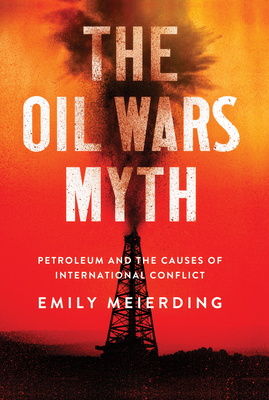 The Oil Wars Myth: Petroleum and the Causes of International Conflict

Do countries fight wars for oil? Given the resource's exceptional military and economic importance, most people assume that states will do anything to obtain it. Challenging this conventional wisdom, The Oil Wars Myth reveals that countries do not launch major conflicts to acquire petroleum resources. Emily Meierding argues that the costs of foreign invasion, territorial occupation, international retaliation, and damage to oil company relations deter even the most powerful countries from initiating classic oil wars. Examining a century of interstate violence, she demonstrates that, at most, countries have engaged in mild sparring to advance their petroleum ambitions.

The Oil Wars Myth elaborates on these findings by reassessing the presumed oil motives for many of the twentieth century's most prominent international conflicts: World War II, the two American Gulf wars, the Iran-Iraq War, the Falklands/Malvinas War, and the Chaco War. These case studies show that countries have consistently refrained from fighting for oil. Meierding also explains why oil war assumptions are so common, despite the lack of supporting evidence. Since classic oil wars exist at the intersection of need and greed--two popular explanations for resource grabs--they are unusually easy to believe in.

The Oil Wars Myth will engage and inform anyone interested in oil, war, and the narratives that connect them.

The Oil Wars Myth: Petroleum and the Causes of International Conflict

Dr. Emily Meierding is an Assistant Professor of National Security Affairs at the Naval Postgraduate School in Monterey, California. Her research and teaching focus on international and intrastate conflict and cooperation over energy resources and climate change.

Dr. Meierding is completing a book manuscript entitled The Oil Wars Myth, which challenges the popular belief that oil is a significant cause of international conflict. She has also initiated a new project on international oil cooperation. In addition, her research has analyzed the connections between climate change and intra-state conflict and uranium’s roles in civil wars. Her work has appeared in Security Studies and the International Studies Review.

Dr. Meierding received her PhD (2010) and MA (2004) in political science from the University of Chicago. She earned her BA (2000) in history from the University of California, Santa Cruz. Prior to joining NPS, she taught at the Graduate Institute of International and Development Studies in Geneva, Switzerland and was a pre-doctoral fellow at the Center for International Security and Cooperation (CISAC) at Stanford University.