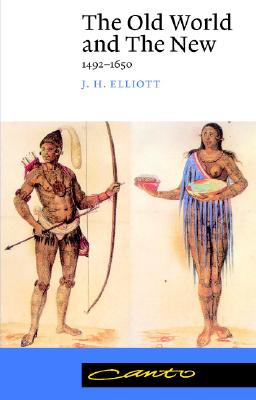 The impact of Europe on a newly-discovered world of America has long been a subject of historical fascination. Yet the impact of that discovery and conquest for the European conquering powers has traditionally received less attention. In this pioneering 1992 book J. H. Elliott set out to show how traditional European assumptions about geography, theology, history and the nature of man were challenged by the encounter with new lands and people; trading relationships around the world were affected by an influx of gold and silver imports from America; while politically, the sources of power were no longer confined to European territory. The 500th anniversary of Columbus's discovery prompted renewed enquiry into the relationship of the Old World and the New; John Elliott's fascinating and now classic account is here reissued with a new foreword addressing the significance of the book's insights for a new generation of readers.
The Old World and the New: 1492-1650