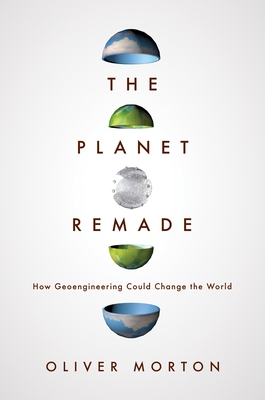 The Planet Remade: How Geoengineering Could Change the World

The risks of global warming are pressing and potentially vast. The difficulty of doing without fossil fuels is daunting, possibly even insurmountable. So there is an urgent need to rethink our responses to the crisis. To meet that need, a small but increasingly influential group of scientists is exploring proposals for planned human intervention in the climate system: a stratospheric veil against the sun, the cultivation of photosynthetic plankton, fleets of unmanned ships seeding the clouds. These are the technologies of geoengineering--and as Oliver Morton argues in this visionary book, it would be as irresponsible to ignore them as it would be foolish to see them as a simple solution to the problem.

The Planet Remade explores the history, politics, and cutting-edge science of geoengineering. Morton weighs both the promise and perils of these controversial strategies and puts them in the broadest possible context. The past century's changes to the planet--to the clouds and the soils, to the winds and the seas, to the great cycles of nitrogen and carbon--have been far more profound than most of us realize. Appreciating those changes clarifies not just the scale of what needs to be done about global warming, but also our relationship to nature.

Climate change is not just one of the twenty-first century's defining political challenges. Morton untangles the implications of our failure to meet the challenge of climate change and reintroduces the hope that we might. He addresses the deep fear that comes with seeing humans as a force of nature, and asks what it might mean--and what it might require of us--to try and use that force for good.

The Planet Remade: How Geoengineering Could Change the World

Oliver Morton is a writer and editor who concentrates on scientific knowledge, technological change and their effects. He is currently a senior editor at the Economist responsible for the magazine’s Briefing articles.

From 2009 to 2011 he was the Economist’s Energy and Environment Editor; prior to that he was Chief News and Features Editor at Nature, the world’s leading interdisciplinary science journal, supervising its journalistic output in print and online. His writing has appeared in magazines including the New Yorker, National Geographic, Discover, Time, the American Scholar, the New Scientist and Prospect, as well as in newspapers including the New York Times, the Financial Times, the Guardian and the Wall Street Journal. His articles have been anthologised in Best American Science Writing and Best American Science and Nature Writing, and his only foray into science fiction was selected to appear in Year’s Best SF 11 (2006).

His first book, Mapping Mars: Science, Imagination and the Birth of a World was published in 2002 by Picador (US) and Fourth Estate (UK). It deals with scientific and other ways of understanding a place that cannot at present be visited. Eating the Sun: How Plants Power the Planet, was published by Fourth Estate in the UK in 2007. Listed as one of the “Ten Best Nature Books” in The Independent, and as a book of the year in The Spectator and the TLS, the reviewer Jon Turney wrote that it contains “everything you could possibly want from a popular science book.

There is wonder here, and intellectual excitement; clear explanation and lyrical writing; and much new insight into how the world works.” He is currently working on The Deliberate Planet, a book about geoengineering. 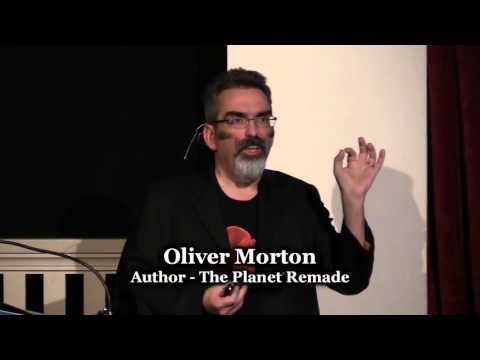