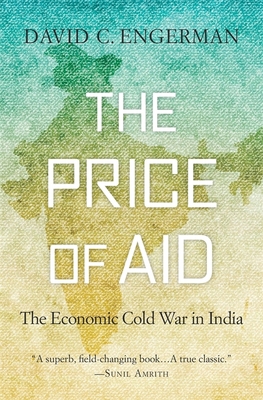 The Price of Aid: The Economic Cold War in India

Makes a major contribution towards a necessary discussion of the politics of aid.
--Times Higher Education

India stood at the center of American and Soviet aid competition throughout the Cold War, as both superpowers saw developmental aid as a way of pursuing their geopolitical goals by economic means. Drawing on recently declassified files from seven countries, David Engerman shows how Indian leaders used Cold War competition to win battles at home, eroding the Indian state in the process. As China spends freely in Africa, the political stakes of foreign aid are rising once again.

A magnificent book. Anyone who seeks to understand contemporary India and its development struggles will have to start here. Engerman's work is not only enlightening, it turns much of what we thought we knew about India, foreign aid, and the Cold War in South Asia upside down.
--O. A. Westad, author of The Cold War

An outstanding history...Drawing on an unprecedented array of official and private archives in India, Russia, the United States, and Britain, Engerman offers a superb account--one that integrates the ideologies and policies of the superpowers with a sharp analysis of the push-and-pull of policymaking in India. This is a landmark study of independent India as well as the Cold War.
--Srinath Raghavan, author of India's War

The Price of Aid: The Economic Cold War in India

David C. Engerman is a scholar of twentieth-century international history.

Building on his dual training in American and Russian/Soviet history at the University of California-Berkeley (where he received his Ph.D. in 1998), he wrote two books on the place of Russia and the USSR in American intellectual and political life: Modernization from the Other Shore: American Intellectuals and the Romance of Russian Development (Harvard UP, 2003) and Know Your Enemy: The Rise and Fall of America’s Soviet Experts (Oxford UP, 2009).

He has also researched and written on a variety of topics related to the history of development assistance, including a co-edited volume, Staging Growth: Modernization, Development and the Global Cold War (U-Mass Press, 2003), and most recently a monograph, The Price of Aid: The Economic Cold War in India (Harvard UP, 2018).

Engerman joins the faculty at Yale after nineteen years at Brandeis University.  His new research focuses on the geopolitics of international economic inequality in the second half of the twentieth century. 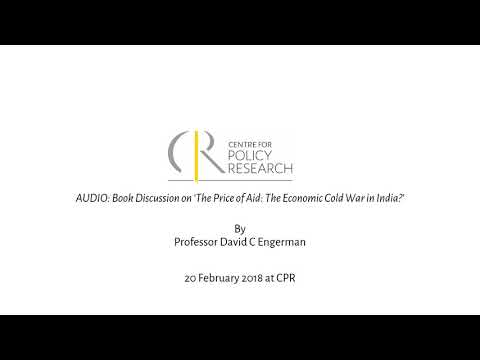