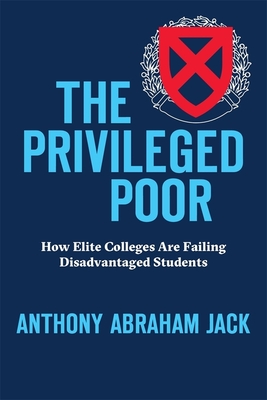 The Privileged Poor: How Elite Colleges Are Failing Disadvantaged Students

Getting in is only half the battle. The Privileged Poor reveals how--and why--disadvantaged students struggle at elite colleges, and explains what schools can do differently if these students are to thrive.

The Ivy League looks different than it used to. College presidents and deans of admission have opened their doors--and their coffers--to support a more diverse student body. But is it enough just to admit these students? In The Privileged Poor, Anthony Jack reveals that the struggles of less privileged students continue long after they've arrived on campus. Admission, they quickly learn, is not the same as acceptance. This bracing and necessary book documents how university policies and cultures can exacerbate preexisting inequalities and reveals why these policies hit some students harder than others.

Despite their lofty aspirations, top colleges hedge their bets by recruiting their new diversity largely from the same old sources, admitting scores of lower-income black, Latino, and white undergraduates from elite private high schools like Exeter and Andover. These students approach campus life very differently from students who attended local, and typically troubled, public high schools and are often left to flounder on their own. Drawing on interviews with dozens of undergraduates at one of America's most famous colleges and on his own experiences as one of the privileged poor, Jack describes the lives poor students bring with them and shows how powerfully background affects their chances of success.

If we truly want our top colleges to be engines of opportunity, university policies and campus cultures will have to change. Jack provides concrete advice to help schools reduce these hidden disadvantages--advice we cannot afford to ignore.

The Privileged Poor: How Elite Colleges Are Failing Disadvantaged Students

Anthony Abraham Jack (Ph.D., Harvard University, 2016) is a junior fellow at the Harvard Society of Fellows and an assistant professor of Education at the Harvard Graduate School of Education. He holds the Shutzer Assistant Professorship at the Radcliffe Institute for Advanced Study.

His research documents the overlooked diversity among lower-income undergraduates: the Doubly Disadvantaged­ — those who enter college from local, typically distressed public high schools — and Privileged Poor­ — those who do so from boarding, day, and preparatory high schools. His scholarship appears in the Common Reader, Du Bois Review, Sociological Forum, and Sociology of Education and has earned awards from the American Educational Studies Association, American Sociological Association, Association for the Study of Higher Education, Eastern Sociological Society, and the Society for the Study of Social Problems. Jack held fellowships from the Ford Foundation and the National Science Foundation and was a National Academy of Education/Spencer Foundation Dissertation Fellow. The National Center for Institutional Diversity at the University of Michigan named him an Emerging Diversity Scholar. In May 2020, Muhlenberg College will award him an honorary doctorate for his work in transforming higher education.

The New York Times, Boston Globe, The Atlantic, The New Yorker, The Chronicle of Higher Education, The Huffington Post, The Nation, American Conservative Magazine, The National Review, Commentary Magazine, The Washington Post, Financial Times, Times Higher Education, Vice, Vox, and NPR have featured his research and writing as well as biographical profiles of his experiences as a first-generation college student. The Privileged Poor: How Elite Colleges Are Failing Disadvantaged Students is his first book. 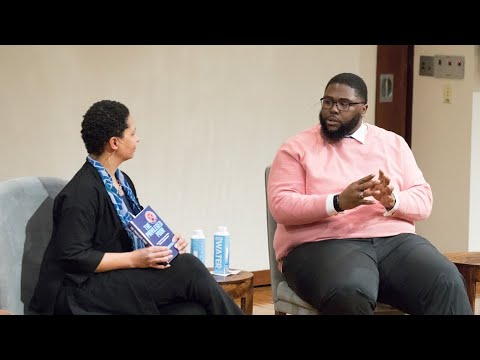 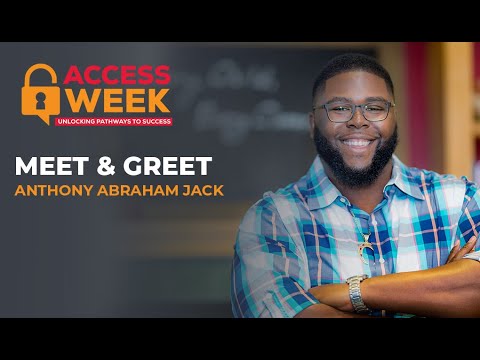 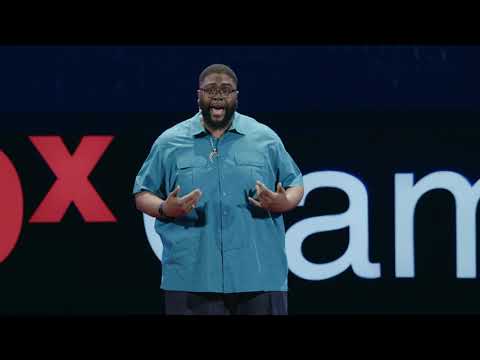