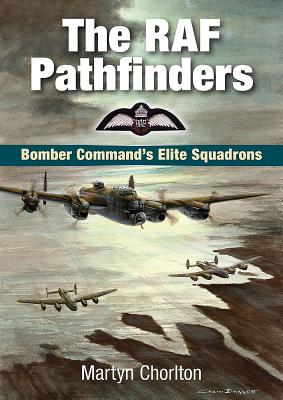 The formation of the Pathfinder Force in August 1942 produced a steady but certain change in the fortunes of Bomber Command. Its effectiveness against targets during the early years of the war had been very difficult to gauge. When examined in detail afterwards, aerial photographs showed that only one third of the aircraft were successfully reaching their target area and less than this were actually placing their bombs with target accuracy. It was known during the large-scale bombing of Coventry in the autumn of 1940 that the Germans had used an elite force of pathfinder aircraft, armed with incendiaries, who had acted as target finders for the main force of German bombers. What was now needed for the RAF were some similar specialist squadrons, with crews handpicked for their discipline, courage, high morale and, in particular, skills in a wider than normal range of flying jobs. Sidney Bufton, Deputy Director of Bomber Operations, developed the concept of a new Target Finding Force, and his tenacity in putting pressure upon senior Air Ministry staff to implement his ideas and bring Bomber Command out of the doldrums paid off. The new force was finally accepted and the choice of Don Bennett as its first Commander was inspired. Bennett was restless, imaginative, and receptive to change. He never accepted second best and he became a legend to all who served under him. Pathfinder Squadrons were equipped with the best available aircraft, which included the famous Lancaster bomber and later, increasingly, the Mosquito which was a hugely versatile and successful fighter bomber. To join a Pathfinder Squadron was a rare privilege but with it went a huge leap in the likelihood of being shot down. Pathfinder aircrew and aircraft had to lead the way for their following Bomber Force in hazardous raid after raid. They flew at night but it took a full 25 minutes to run the gauntlet of the Berlin defenses from end to end at full stretch. They were highly vulnerable to the wall of flak thrown up by German city defenders, as well as to attacks by night-fighters. By the end of the war some 56,000 crewmen of Bomber Command had lost their lives. Martyn Chorlton has written a gripping account of the RAF's Pathfinder Squadrons, recalling the challenges faced in the smoke-filled skies over occupied Europe. It is also a tribute to the brave young men whose exploits, lives and, in all too many cases, deaths have left a powerful torch to bear for all who care about freedom.
The RAF Pathfinders: Bomber Command's Elite Squadron