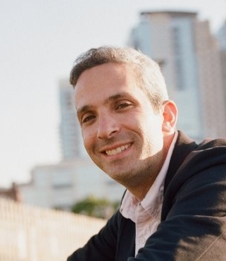 The Revenge of Analog: Real Things and Why They Matter

David Sax is a journalist and writer specializing in business and culture. His writing appears regularly in Bloomberg Businessweek, The New Yorker online, and other publications. David's first book, Save the Deli: In Search of Perfect Pastrami, Crusty Rye, and the Heart of Jewish Delicatessen and won a James Beard Award for writing and literature, as well as other awards and the praise of deli lovers everywhere. His second book is The Tastemakers: Why We're Crazy for Cronuts but Fed Up with Fondue, which is chronicles how food trends emerge, grow, and ultimately make a difference in our world. David's latest book, The Revenge of Analog: Real Things and Why They Matter looks at the resurgence of analog goods and ideas, during a time when we assumed digital would conquer all. David lives in Toronto, Canada with his lovely family.

As the digital era grinds on and the Internet takes over more of our daily life’s activities, something seems to be missing. The technology that was supposed to liberate us from the drudgery of life has become a distraction, which in turn prevents us from enjoying our solitude or companionship.

In an engrossing collection of insightful examples, David Sax depicts how people are increasingly looking for ways to move away from that ubiquitous screen. The screen that has become a veil between ourselves and our friends and family.

In Revenge of Analog, Sax takes readers from one relevant example to another, collecting evidence why and how younger generations are discovering the joy of analog. The concept of digital anything, from audio to video to games, is rooted in offering the ease of use and a vast choice. Still, what this standardized electronic experience lacks is the engagement of playing a vinyl record or experiencing with an imperfect but rewarding Polaroid film.

Make no mistake, the users of these analog devices are not nostalgic-harking senior citizens or Luddites. They are, in fact, in their prime teens or twenties. For the first time they hear the pure sound, see fascinating films, and begin to interact with others while playing board games.

In this fascinating book, Sax explains why newspaper reading is more rewarding than following the news online, partially because it has a beginning and finality that offers a sense of satisfaction. Something that the endless spooling on the Internet can and will never offer.

Add to this the sense of ownership, the ritual of finding and obtaining a tangible object of delight, and it is no wonder why imagination drives creativity and innovation that cannot be codified.