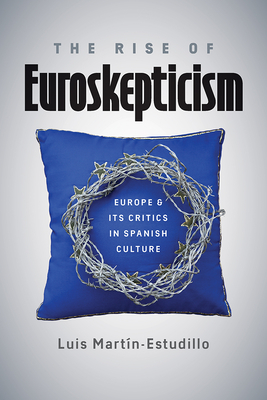 The Rise of Euroskepticism: Europe and Its Critics in Spanish Culture

Electronic open access edition funded by the National Endowment for the Humanities.

Covering from 1915 to the present, this book deals with the role that artists and intellectuals have played regarding projects of European integration. Consciously or not, they partake of a tradition of Euroskepticism. Because Euroskepticism is often associated with the discourse of political elites, its literary and artistic expressions have gone largely unnoticed. This book addresses that gap.

Taking Spain as a case study, author Luis Mart�n-Estudillo analyzes its conflict over its own Europeanness or exceptionalism, as well as the European view of Spain. He ranges from canonical writers like Unamuno, Ortega y Gasset, and Zambrano to new media artists like Valeriano L�pez, Carlos Spottorno, and Santiago Sierra. Mart�n-Estudillo provides a new context for the current refugee crisis, the North-South divide among EU countries, and the generalized disaffection toward the project of European integration.

The eclipsed critical tradition he discusses contributes to a deeper understanding of the notion of Europe and its institutional embodiments. It gives resonance to the intellectual and cultural history of Europe's peripheries and re-evaluates Euroskeptic contributions as one of the few hopes left to imagine ways to renew the promise of a union of the European nations.

The Rise of Euroskepticism: Europe and Its Critics in Spanish Culture

Luis Martín-Estudillo is Professor in the Department of Spanish and Portuguese at the University of Iowa, specializing in modern and contemporary Spanish literature and culture. He has also published broadly on early modern topics and visual culture. He is the Managing Editor of Hispanic Issues and Hispanic Issues Online.

Martín-Estudillo has received the 2009-2010 Collegiate Teaching Award, the 2011-2013 Dean's Scholar Award, and two awards from the National Endowment for the Humanities. His latest books are The Rise of Euroskepticism: Europe and Its Critics in Spanish Culture (Vanderbilt University Press, 2018) and Despertarse de Europa. Arte, literatura, euroescepticismo (Cátedra, 2019). His current projects include a monograph on Francisco de Goya's treatment of reading.

Source: The University of Iowa - College of Liberal Arts and Sciences