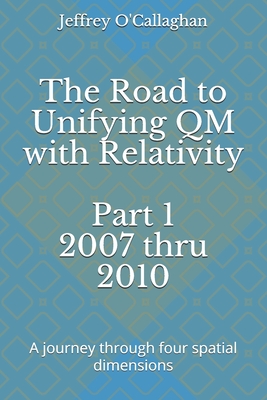 The Road to Unifying QM with Relativity Part 1 2007 thru 2010: A Journey through four spatial dimensions