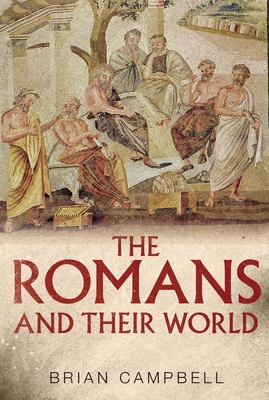 The Romans and Their World: A Short Introduction

Drawing on an array of ancient sources, and covering topics of interest to readers with little prior background in Roman history as well as those already familiar with the great civilization, Brian Campbell provides a fascinating and wide-ranging introduction to the world of ancient Rome.

One of the great joys of Campbell's unfailingly readable account is the readiness with which it returns to the Roman record, drawing on ancient sources to give a lively and immediate feel for Roman life and culture.--Michael Kerrigan, Scotsman

The Romans and Their World: A Short Introduction

Brian Campbell was educated at Queen's University Belfast and the University of Oxford and is Professor of Roman History. From 2002 to 2005 he held a Leverhulme Senior Research Fellowship to pursue a project on rivers in the ancient world, and in 2005 he was a visiting fellow at All Souls', Oxford. In 2004 he delivered the Broughton Memorial Lecture at the University of North Carolina. He is a member of the AHRC Peer Review College.