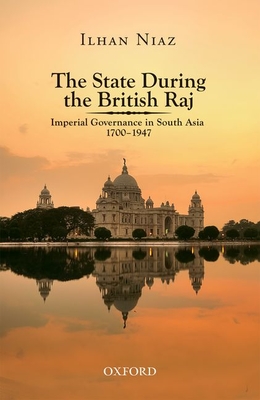 The State During the British Raj: Imperial Governance in South Asia 1700-1947

This book explores institutional development in British India which encompassed both the modernization of existing practices and arrangements (such as the bureaucracy and the military) and the importation of alien practices (such as the rule of law, representation, and mass politics). During the nearly two centuries of British political and military domination of South Asia, the institutional basis for Indias and Pakistans colonial democracies was laid. For varied reasons, South Asian elites have been reluctant to engage with the history of British India as a state that was very much the successor of the Timurid (Mughal) Empire and the precursor to the republics of contemporary South Asia. This study argues in favour of re-engagement with the processes of institutional development in South Asia and the manner in which the arbitrarily run estates of the pre-British Indian periods were gradually converted into form, and to a limited extent, imbued with the substance, of a modern constitutional state as a direct result of British rule. Given that the crisis of governance in South Asia arises in part from the inability of Indian and Pakistani elites to operate the institutional frameworks bequeathed to them and reform them further, it is hoped that this study will provide historical context to discussions about crises of governance in South Asia.
The State During the British Raj: Imperial Governance in South Asia 1700-1947