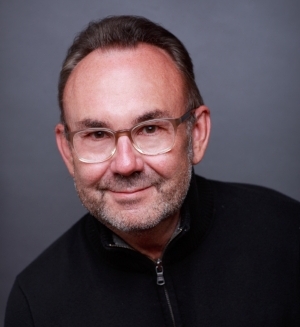 The Swamp Fox: How Francis Marion Saved the American Revolution

John Oller, a lawyer, is the author of five books, including, most recently, The Swamp Fox: How Francis Marion Saved the American Revolution (Da Capo Books, 2016).  His American Queen: The Rise and Fall of Kate Chase Sprague—Civil War “Belle of the North” and Gilded Age Woman of Scandal, was published by Da Capo in 2014. It has been praised by Pulitzer prize-winning author Debby Applegate as “a terrific work of historical research and reconstruction” which tells “the story of the Civil War and its scandalous aftermath—its assassinations, impeachments and sexual hijinks—from an entirely fresh perspective.” His first book, Jean Arthur: The Actress Nobody Knew (Limelight Editions, 1997), was lauded by film critic Leonard Maltin, who called it “an exceptional piece of work” and “an outstanding biography . . . among the best I’ve read in years.”

After college he obtained his law degree from Georgetown University in Washington, D.C. (magna cum laude), and joined the law firm of Willkie Farr & Gallagher in New York as an associate in the litigation department.  For many years he represented Major League Baseball in many high-profile cases, including the celebrated George Brett “Pine Tar” case and the Pete Rose gambling case. As a partner in the firm, he went on to specialize in complex commercial and securities litigation, and was a principal author of the Audit Committee Report for Cendant Corporation (at the time, the most massive fraud in American corporate history); the New York Times called the report a definitive case study in the area of accounting irregularities and fraud. He taught legal writing as part of his firm’s continuing legal education program for many years, and is the author of One Firm – A Short History of Willkie Farr & Gallagher, 1888 -  (2004). He holds the record as a four-time winner of the firm’s annual golf tournament in Florida.

At the end of 2011, John retired from active legal practice to concentrate on his writing career.  Since then, in addition to The Swamp Fox and American Queen, he has published an e-book, An All-American Murder, a true crime story of an unsolved cold case murder in Columbus, Ohio in 1975. It led to the reopening of the case and a renewed investigation by Columbus Police that identified the killer as someone other than the man accused 40 years earlier.  The e-book has been called “a tragic, fascinating story well-told,” and “an exceptionally well written, insightful look into the angst that people can carry for decades when the criminal justice system is unable/unwilling to provide closure.”

John is a member of Biographers International Organization and the Dramatists Guild.

When not writing, John pursues his hobbies of golf, theater, film, museums, aimless walking, and travel (especially France and Italy, in close competition for his favorite). In the US, he divides his time between New York City and a home in California wine country.

Francis Marion, though the subject of Television series and a movie, was rarely the focus of historians. General Marion, a National Hero is also credited for adopting the guerilla warfare tactics from the Cherokee in successfully repealing British Army during the American Revolution.

South Carolina was the key theater of operations in the American Revolution but the state was in turmoil and population was divided and at times pitted father against son. Most people don’t realize the importance of the war in the state as nearly 20% of all men died in the last two years of Revolution in South Carolina.

After the fall of Charleston, the mood was defeatist and people had signed allegiance to the British Crown. While South Carolinians were divided and many supported the British, Francis Marion kept the American Revolution alive by refusing to give up and assembled his volunteer army.

Francis Marion overcame several challenges in recruiting army, won the confidence of Continental army leaders and mounted an effective resistance to the British army which ultimately led the collapse of the British southern strategy and repel of the British occupation of South Carolina