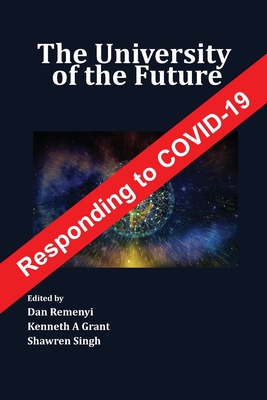 The University of the Future Responding to COVID-19

Universities worldwide are facing the most challenging period of their history, as this volume captures so vividly. Every year in the last 25 has seen books and conferences on topics like the 'future of the university' or the 'death of the traditional university.' But this is different, as the chapters that follow show. Whilst universities globally in 2020 look pretty much like they did in 2010, and in 2010 as they did in 2000, universities in 2030 will look nothing like universities in 2020.

The universities which will be flourishing will be those that embrace the change and re-imagine themselves in the new world. They will need to embrace five new realities.

Covid-19 isn't a disease that struck in the first half of 2020 then disappeared. There will be a second, a third and a fourth wave, there will be varieties of Covid-19 which will require new vaccines, and there will be other viruses. Universities will need to adapt to this new reality in the way that they teach and research, students learn and are cared for, and in the manner that they relate to their local communities, industry and beyond. Blended learning will have become ubiquitous. We will never go back to the old world where virtually everything happened face-to-face.

Artificial Intelligence (AI) embraces more than just machine learning. It is part of the 4.0 technologies which include virtual reality, augmented reality, the internet of things, blockchain and robotics which are already changing forward-thinking institutions. Universities to date have relied upon academic staff to teach, and support staff to administer and cater for student needs and their aspirations for the future. There will still be staff at universities in 2030, but AI technology will be all pervasive, in selecting students, offering individualised teaching and learning, marking, commenting and assessing student work and progress, looking after their mental and physical health, catering for their needs and career aspirations, enhancing research methodology and connecting staff to research communities globally. Linguistic barriers will be a problem of the past.

Homogeneity of universities will be gradually blown away. In 2020, most undergraduates globally studied in three or four year programmes which were residential, with long vacations and with most students studying after leaving school and before going on to work or to post graduate study. Most universities offered a wide range of subjects, undertook research, and for all their boasting of differentiation in their mission statements, they all offered fundamentally the same menu. By 2030, two year undergraduate and doctorate degrees, part-time and hybrid degrees will be far more common, as will adult education and students dipping in and out of universities. Universities in many countries will have started to differentiate, with a top tier of research-intensive institutions, a regional tier and local universities which are embedded in their communities. These will offer a range of technical and vocational qualifications in addition to traditional degrees. The standard model of the three- or four-year degree will have started to lose its hold.

The University of the Future Responding to COVID-19