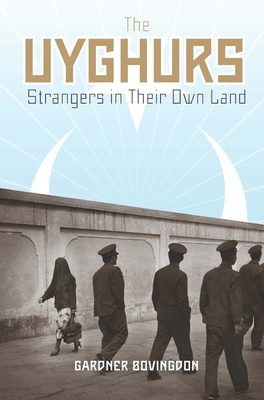 For more than half a century many Uyghurs, members of a Muslim minority in northwestern China, have sought to achieve greater autonomy or outright independence. Yet the Chinese government has consistently resisted these efforts, countering with repression and a sophisticated strategy of state-sanctioned propaganda emphasizing interethnic harmony and Chinese nationalism. After decades of struggle, Uyghurs remain passionate about establishing and expanding their power within government, and China's leaders continue to push back, refusing to concede any physical or political ground.

Beginning with the history of Xinjiang and its unique population of Chinese Muslims, Gardner Bovingdon follows fifty years of Uyghur discontent, particularly the development of individual and collective acts of resistance since 1949, as well as the role of various transnational organizations in cultivating dissent. Bovingdon's work provides fresh insight into the practices of nation building and nation challenging, not only in relation to Xinjiang but also in reference to other regions of conflict. His work highlights the influence of international institutions on growing regional autonomy and underscores the role of representation in nationalist politics, as well as the local, regional, and global implications of the war on terror on antistate movements. While both the Chinese state and foreign analysts have portrayed Uyghur activists as Muslim terrorists, situating them within global terrorist networks, Bovingdon argues that these assumptions are flawed, drawing a clear line between Islamist ideology and Uyghur nationhood.