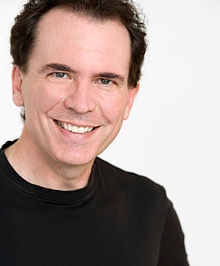 The War on Science: Who's Waging It, Why It Matters, What We Can Do About It

Shawn Otto is the cofounder and producer of the US presidential science debates, between Donald Trump, Hillary Clinton, Gary Johnson, and Jill Stein, and between president Barack Obama and his opponents Senator John McCain and Governor Mitt Romney, which became the largest political initiatives in the history of science. They have since been emulated in several other countries.

Shawn's book The War on Science is the definitive work on science and its relationship to democracy, and on why science has come under political attacks in recent decades. His earlier work, Fool Me Twice: Fighting the Assault on Science in America, won the 2012 Minnesota Book Award. Shawn was also the editor of Writers United for All Families, a 2012 collection of writings on marriage equality. His writing has appeared in numerous publications. His article Antiscience Beliefs Jeopardize U.S. Democracy became the most shared story on Scientific American and was named one of the best commentaries in the United States in 2012.

Shawn Lawrence Otto's first novel, Sins Of Our Fathers, was named a finalist for the Los Angeles Times Book Prize, received a starred review from Publishers Weekly, won the NE Minnesota Book Award, and was listed as one of the "Big Indie Books of Fall 2014."

Shawn is the screenwriter and coproducer of House of Sand and Fog, starring Ben Kingsley and Jennifer Connelly, which was nominated for three Academy Awards. He has written for several of TV and film's top studios and independent producers, and his screenplays have won several awards.

Otto is a speaker to conferences and groups worldwide. He frequently appears on TV and radio about the topic of science and democracy, and also teaches masters classes on writing, filmmaking, and science education. Otto delivered the keynote address at the 2009 Nobel Conference, and he was a featured speaker in Denver in the runup to the 2012 U.S. presidential debates. He has been a guest on Talk of the Nation: Science Friday several times, talking about science and democracy, and he appeared extensively in the 2015 CBC Radio documentary series Science Under Siege, which was based on his writing in Fool Me Twice.

Otto is an experienced political consultant with a unique understanding of how to advise candidates in consort with targeting and message to create a campaign story that voters understand and embrace. He has numerous statewide and local wins, often against incumbents and/or better-financed opponents.

In addition to his books and movies, Otto's work and ideas have appeared in The Week, Rolling Stone, Science, Issues in Science and Technology, Salon, Huffington Post, Minnpost, New Scientist, Scientific American, Nature Medicine, and others.

Shawn has served in an advisory capacity for the US National Academy of Sciences, and the Union of Concerned Scientists' Center for Science and Democracy, and has advised journalists mounting science debate initiatives in other countries. He is a past board chair of the Loft Literary Center, America's leading literary center. He has been board chair of numerous other nonprofit organizations.

Shawn was honored with the National Distinguished Public Service Award of the IEEE-USA (Institute of Electrical and Electronics Engineers - the world's largest professional association for the advancement of technology). His book Sins of Our Fathers was a finalist for the LA Times Book Prize, and won the 2015 NE Minnesota Book Award. His book Fool Me Twice won the Minnesota Book Award. He was a PEN Center USA finalist for his film House of Sand and Fog, which was nominated for three Academy Awards. He won an Alfred P. Sloan Foundation fellowship for best science screenplay; and a McKnight Fellowship for best screenplay. He has received speaker and volunteer service awards from other organizations he has served.

Otto designed his solar and wind-powered, geothermal green home, "Breezy," and he and his wife Rebecca built it with their own hands in 1995. It has been featured in national and local publications and toured by more than 10,000 people as an example of green architecture.

Otto is married to Minnesota State Auditor Rebecca Otto, and the couple have one son, Jacob.

Who’s Waging it, Why it Matters, What We Can Do About It

Mankind has enormously benefited from the scientific advances but the science and progress are not always welcomed by political, religious and corporate leaders.

We are living the century of science but voters are increasingly willing to reject science and continue to elect ardently antiscientific politicians. Science is poised to create more knowledge in the next 40 years than in all of recorded history.

Is it because science has advanced too far and problems are too complex or in a world dominated by science that requires extensive education to fully grasp, can democracy still prosper.

Science is so central to our policy challenges. Yet, less than 1% of the U.S. Congressmen have background in science. No wonder that global policymaking is more rhetoric than facts.

Author Shawn Otto in an interview with Readara explains how science upends the status quo and challenges the present order of the power and business structures and explains how antiscience flourished in the ancient and recent times leading to the collapse of regimes and societies.

How the clash between science-literate and illiterate is causing unique set of problems.