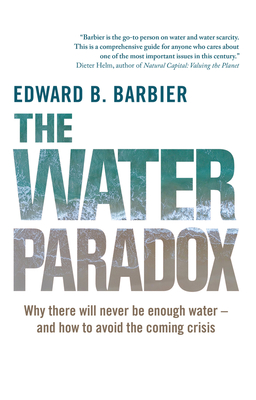 The Water Paradox: Overcoming the Global Crisis in Water Management

Water is essential to life, yet humankind's relationship with water is complex. For millennia, we have perceived it as abundant and easily accessible. But water shortages are fast becoming a persistent reality for all nations, rich and poor. With demand outstripping supply, a global water crisis is imminent.

In this trenchant critique of current water policies and practices, Edward Barbier argues that our water crisis is as much a failure of water management as it is a result of scarcity. Outdated governance structures and institutions, combined with continual underpricing, have perpetuated the overuse and undervaluation of water and disincentivized much-needed technological innovation. As a result water grabbing is on the rise, and cooperation to resolve these disputes is increasingly fraught. Barbier draws on evidence from countries across the globe to show the scale of the problem, and outlines the policy and management solutions needed to avert this crisis.

The Water Paradox: Overcoming the Global Crisis in Water Management

Edward B. Barbier is a University Distinguished Professor in the Department of Economics, Colorado State University and a Senior Scholar in the School of Global Environmental Sustainability. He previously held positions at University of Wyoming, University of York and the International Institute of Environment and Development.

Professor Barbier’s main expertise is environmental and resource economics as well as international environmental policy. He has served as a consultant and policy analyst for a variety of national, international and non-governmental agencies, including many UN organizations, the OECD and the World Bank. Professor Barbier is on the editorial boards of several leading economics and natural science journals, and he appears in the 4th edition of Who’s Who in Economics. In 2008, he was named by Cambridge University as one of the 50 most influential thinkers on sustainability in the world, and among his honors and awards, he has received the 1991 Mazzotti Prize (Italy) for contributions to economics and ecology.

Professor Barbier has authored over 300 peer-reviewed journal articles and book chapters, written or edited 25 books, and published in popular journals and media. He is a highly cited scholar on global environmental and sustainability issues. Professor Barbier was elected as a 2015 Fellow of the Association of Environmental and Resource Economists.

Professor Barbier's books include Blueprint for a Green Economy (with David Pearce and Anil Markandya, 1989), Natural Resources and Economic Development (2005), A Global Green New Deal (2010), Scarcity and Frontiers: How Economies Have Developed Through Natural Resource Exploitation (2011), Capitalizing on Nature: Ecosystems as Natural Assets (2011), A New Blueprint for a Green Economy (with Anil Markandya, 2012), and Nature and Wealth: Overcoming Environmental Scarcities and Inequality (2015). His latest book is The Water Paradox: Overcoming the Global Crisis in Water Management (2019). 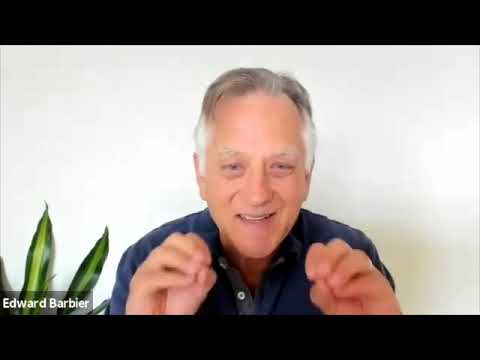 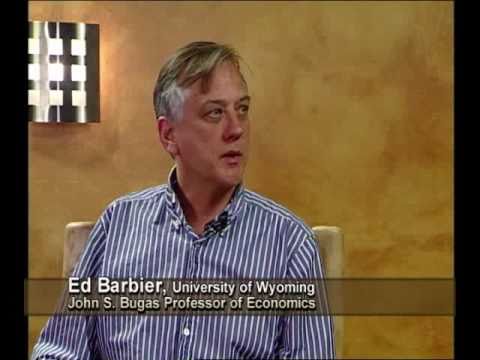