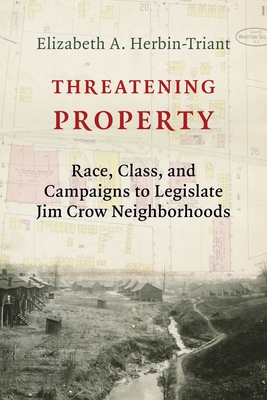 White supremacists determined what African Americans could do and where they could go in the Jim Crow South, but they were less successful in deciding where black people could live because different groups of white supremacists did not agree on the question of residential segregation. In Threatening Property, Elizabeth A. Herbin-Triant investigates early-twentieth-century campaigns for residential segregation laws in North Carolina to show how the version of white supremacy supported by middle-class white people differed from that supported by the elites. Class divides prevented Jim Crow from expanding to the extent that it would require separate neighborhoods for black and white southerners as in apartheid South Africa.

Herbin-Triant details the backlash against the economic successes of African Americans among middle-class whites, who claimed that they wished to protect property values and so campaigned for residential segregation laws both in the city and the countryside, where their actions were modeled on South Africa's Natives Land Act. White elites blocked these efforts, primarily because it was against their financial interest to remove the black workers that they employed in their homes, farms, and factories. Herbin-Triant explores what the split over residential segregation laws reveals about competing versions of white supremacy and about the position of middling whites in a region dominated by elite planters and businessmen. An illuminating work of social and political history, Threatening Property puts class front and center in explaining conflict over the expansion of segregation laws into private property.

I am Associate Professor of Black Studies and History at Amherst College and my courses include “Slavery in U.S. History & Culture,” “The Age of Jim Crow,” “African-American History from Reconstruction to the Present,” “The History of the U.S. South,” and “Research in Black Studies..”

My 2019 book, Threatening Property: Race, Class, and Campaigns to Legislate Jim Crow Neighborhoods, investigates efforts to segregate cities and the countryside by race in early twentieth-century North Carolina.  It tells the story of middle-class white people who responded to the economic advancement of African Americans by pushing for neighborhoods to be segregated, examining how these people worked to exclude African Americans, how African Americans responded to residential segregation campaigns, and why residential segregation has persisted even after segregationist policies were ended.

My new book project, “Lords of the Lash and Loom: Abolitionists, Anti-Abolitionists, and the Business of Manufacturing Slave-Grown Cotton,” tells the story of antebellum Lowell, Massachusetts—a place deeply tied to the South’s “peculiar institution” and shaped by competing currents of antislavery activism and anti-abolitionism.  Through an examination of the economic, political, and social ties connecting investors in Lowell’s textile factories to enslavers in the South, this project explores the central but overlooked part played by mill investors in supporting the institution of slavery in the United States.  In addition to investigating northern complicity with slavery, I explore antislavery activity in Lowell, including the essential contributions of members of Lowell’s Black community to this work. 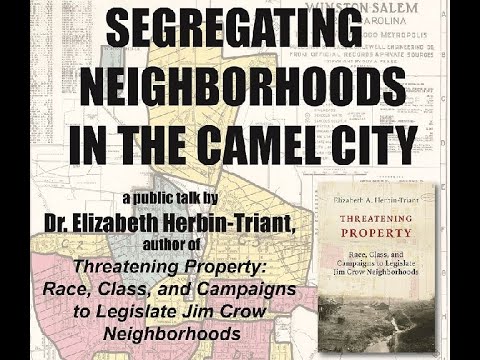 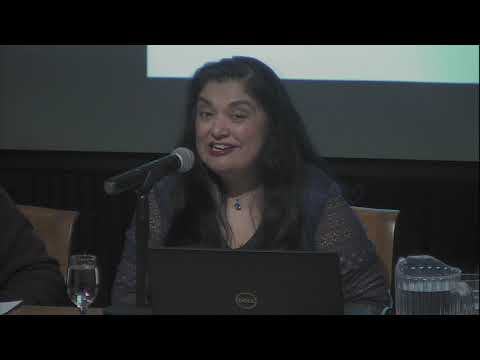 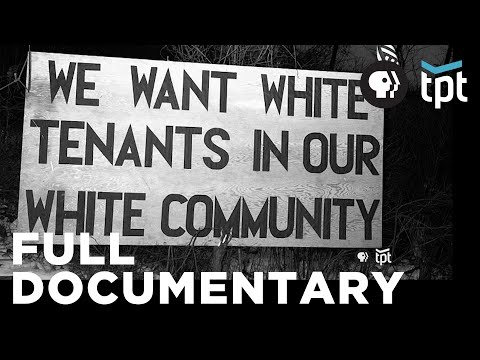 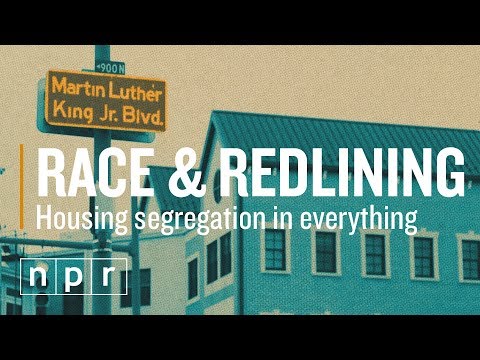