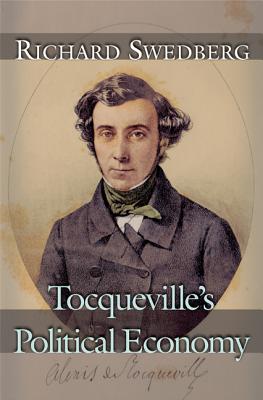 Alexis de Tocqueville (1805-59) has long been recognized as a major political and social thinker as well as historian, but his writings also contain a wealth of little-known insights into economic life and its connection to the rest of society. In Tocqueville's Political Economy, Richard Swedberg shows that Tocqueville had a highly original and suggestive approach to economics--one that still has much to teach us today.

Through careful readings of Tocqueville's two major books and many of his other writings, Swedberg lays bare Tocqueville's ingenious way of thinking about major economic phenomena. At the center of Democracy in America, Tocqueville produced a magnificent analysis of the emerging entrepreneurial economy that he found during his 1831-32 visit to the United States. More than two decades later, in The Old Regime and the Revolution, Tocqueville made the complementary argument that it was France's blocked economy and society that led to the Revolution of 1789. In between the publication of these great works, Tocqueville also produced many lesser-known writings on such topics as property, consumption, and moral factors in economic life. When examined together, Swedberg argues, these books and other writings constitute an interesting alternative model of economic thinking, as well as a major contribution to political economy that deserves a place in contemporary discussions about the social effects of economics.
Tocqueville's Political Economy