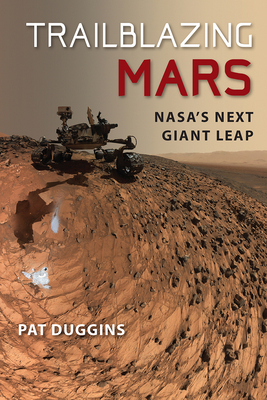 Fulfilling the dream as NASA prepares to send astronauts to Mars

Duggins gives you the how of the process along with the facts. Who knows what trails this book will help blaze. Read on.--Bill Nye the Science Guy(R) and executive director of The Planetary Society

From the Mariner probes of the 1960s to the rovers and from fanciful human travel in science fiction to realities for human exploration in the future, this book places into context the lure of the red planet and our desire to know it better.SpiritOpportunity, --Roger Launius, Senior Curator, National Air and Space Museum, Smithsonian Institution

Mars may be the destination, but the book is really a study of the people who have taken us as far as we have come. Duggins has written a marvelous book, sure to inspire our imaginations and remind us that all space travel ultimately arises from human ingenuity.--Howard McCurdy, author of Space and the American Imagination

Travel to and from Mars has long been a staple of science fiction. And yet the hurdles--both technological and financial--have kept human exploration of the red planet from becoming a reality. Trailblazing Mars offers an inside look at the current efforts to fulfill this dream.


Award-winning journalist Pat Duggins examines the extreme new challenges that will be faced by astronauts on the journey there and back. They'll have to grow their own food, find their own water, and solve their own problems and emergencies without hope of rescue or re-supply. Mars travel will be more challenging and hazardous than settling the Old West--but we were not witness to the fate of the Donner Party on CNN.


Can the technological hurdles be cleared? Will the public accept the very real possibility of astronaut death? Should a mission be publicly or privately funded? Is the science worth the cost? These and many other questions are answered in Duggins's exciting new book.