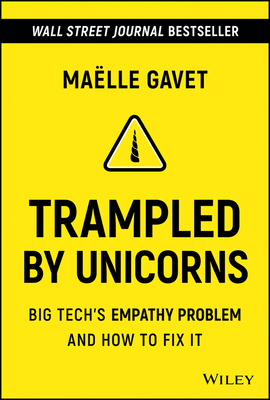 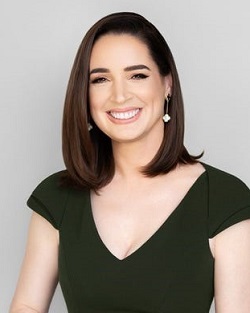 Trampled by Unicorns:Big Tech's Empathy Problem and How to Fix It

About three centuries ago this nation was ruled by the British monarchy, steeped in extracting excessive rent from every subject under its control. The monopolies granted by the monarchy were so absolute that their tentacles extended to every aspect of people’s lives and dominated every aspect of liberty, commerce and society.

Nearly all paid rent to landowners, and it was the land ownership that separated the rulers from the ruled with devastating results for more than a century for most.

Along the way, anti-trust laws were created and modified to protect people and the democratically elected government. However, one aspect of the law has always prevailed, proving the consumer harm through excessive price. But how do you regulate monopolies where consumers pay little or nothing at all?

Today we are witnessing a rise of another kind of monopoly, the monopoly of data enjoyed by Facebook Google, Twitter, Amazon, Uber and the likes of them. These platform operators offer many useful products for free and often these platforms’ powers rival many governments. At the same time, the platforms track every aspect of our lives – including what we consume and who we connect with.

The ever present data monopolies in our cell phones or on our computers digitize every action we take, every decision we make and every communication we participate in. These granular data elements are then pieced together to create individual profiles of billions of people. When analyzed using advanced technology, all these data streams and points offer deep insights in our lives, families, preferences, finances and our vulnerabilities.

Moreover, profiles and insights are for sale to anyone who pays to advertise on tech platforms and target us. Yes, to nearly anyone – extreme political parties, foreign governments, or to even fake bots. With a few thousand dollars, anyone has the ability to target large or small audiences with the message of their desire in order to influence our actions and decisions. With the help of recommendation engines, this process is even more amplified and perfected.

And this is all legal with no checks and balances from the governments at any level. In fact, many layers of government rely on such data and profiles for their own actions leading to the rise of surveillance capitalism.

While many regard the sophisticated platforms as just providers of technological solutions and regard them as neutral, many see no harm and believe that they are nothing but natural monopolies through market preferences and network effect, making accessible the information we search for, the products we want or the people we network with.

Data monopolies from this new breed are growing exponentially while tracking billions of users and collecting steady stream of data. Have they grown too big for the good of our society or are they just another rich and powerful monopoly in the making?

Author Maelle Gavet highlights that the Big Tech are losing sight of their core customers as they focus on getting bigger. Gavet is a tech insider with a view from the top at many tech companies including Russia’s largest e-commerce platform Ozon.ru, Priceline.com and the largest independent real estate brokerage company Compass. With a distinguished academic background from France and a career spanning the globe, Gavet has spent her working life in many countries including Russia, China and India and currently resides in New York.

In Trampled by Unicorns, Gavet traces the origins of these Big Tech’s empathy deficit to the insular culture present at these companies and their financial backers, hyper growth business models and lack of diversity. She also offers her own solutions for regulators, users and society in how to combat this rising threat present in our digital lives.