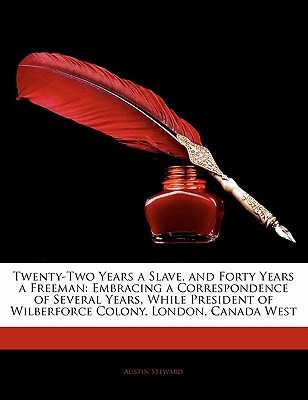 Twenty-Two Years a Slave, and Forty Years a Freeman: Embracing a Correspondence of Several Years, While President of Wilberforce Colony, London, Canada West

This is a reproduction of a book published before 1923. This book may have occasional imperfections such as missing or blurred pages, poor pictures, errant marks, etc. that were either part of the original artifact, or were introduced by the scanning process. We believe this work is culturally important, and despite the imperfections, have elected to bring it back into print as part of our continuing commitment to the preservation of printed works worldwide. We appreciate your understanding of the imperfections in the preservation process, and hope you enjoy this valuable book.
Twenty-Two Years a Slave, and Forty Years a Freeman: Embracing a Correspondence of Several Years, While President of Wilberforce Colony, London, Canada West