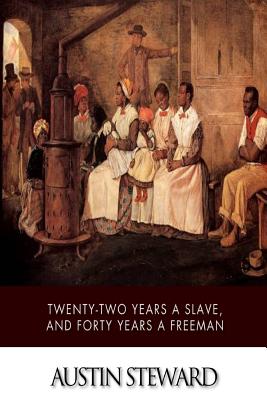 Twenty-Two Years a Slave, and Forty Years a Freeman

This is a memoir written by a former slave in the U.S. during the 19th century. From the preface: The author does not think that any apology is necessary for this issue of his Life and History. He believes that American Slavery is now the great question before the American People: that it is not merely a political question, coming up before the country as the grand element in the making of a President, and then to be laid aside for four years; but that its moral bearings are of such a nature that the Patriot, the Philanthropist, and all good men agree that it is an evil of so much magnitude, that longer to permit it, is to wink at sin, and to incur the righteous judgments of God. The late outrages and aggressions of the slave power to possess itself of new soil, and extend the influence of the hateful and God-provoking Institution, is a practical commentary upon its benefits and the moral qualities of those who seek to sustain and extend it. The author is therefore the more willing-nay, anxious, to lay alongside of such arguments the history of his own life and experiences as a slave, that those who read may know what are some of the characteristics of that highly favored institution, which is sought to be preserved and perpetuated. Facts are stubborn things,-and this is the reason why all systems, religious, moral, or social, which are founded in injustice, and supported by fraud and robbery, suffer so much by faithful exposition. The author has endeavored to present a true statement of the practical workings of the system of Slavery, as he has seen and felt it himself. He has intended nothing to extenuate, nor aught set down in malice; indeed, so far from believing that he has misrepresented Slavery as an institution, he does not feel that he has the power to give anything like a true picture of it in all its deformity and wickedness; especially that Slavery which is an institution among an enlightened and Christian people, who profess to believe that all men are born free and equal, and who have certain inalienable rights, among which are life, liberty, and the pursuit of happiness. The author claims that he has endeavored since he had his freedom, as much as in him lay, to benefit his suffering fellows in bondage; and that he has spent most of his free life in efforts to elevate them in manners and morals, though against all the opposing forces of prejudice and pride, which of course, has made much of his labor vain. In his old age he sends out this history-presenting as it were his own body, with the marks and scars of the tender mercies of slave drivers upon it, and asking that these may plead in the name of Justice, Humanity, and Mercy, that those who have the power, may have the magnanimity to strike off the chains from the enslaved, and bid him stand up, a Freeman and a Brother!
Twenty-Two Years a Slave, and Forty Years a Freeman