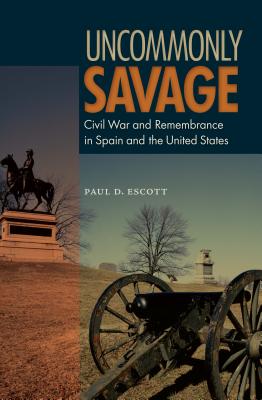 Uncommonly Savage: Civil War and Remembrance in Spain and the United States

Truly impressive. Travels uncharted terrain, moving deftly through a vast scholarship in two languages. The research is sound, the prose crisp and accessible, and the subject unquestionably important.--W. Fitzhugh Brundage, author of The Southern Past: A Clash of Race and Memory Illuminates the enduring potency of memory in shaping postwar societies for generations after the fighting ceased, reminding us that both losers and victors often had powerful motives to remember--and to forget.--Caroline E. Janney, author of Remembering the Civil War Traces the dynamics of memory in the aftermath of the Spanish and American civil wars and demonstrates how similar processes of closure, willful blindness, and ideological inculcation worked out in the different contexts to produce sometimes similar but often radically different outcomes. --Cillian McGrattan, author of Memory, Politics and Identity With an engaging narrative and deep research, the book is a model of the benefits derived from a truly comparative study.--David Goldfield, author of Still Fighting the Civil War Spain and the United States both experienced extremely bloody and divisive civil wars that left social and emotional wounds, many of which still endure today. In Uncommonly Savage, award-winning historian Paul Escott considers the impact of internecine violence on memory and ideology, politics, and process of reconciliation. He also examines debates over reparation or moral recognition, the rise of truth and reconciliation commissions, and the legal, psychological, and religious aspects of modern international law regarding amnesty.
Uncommonly Savage: Civil War and Remembrance in Spain and the United States