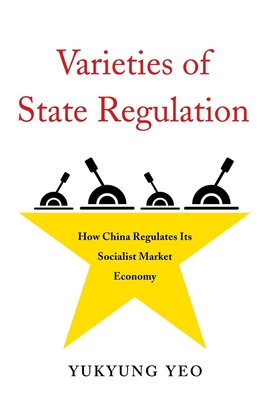 In Varieties of State Regulation, Yukyung Yeo explores how, despite China's increasing integration into the global market, the Chinese central party-state continues to oversee the most strategic sectors of its economy. Since the 1990s, as major state firms were spun off from the ministries that managed them under the central planning system, the nature of the state in governing the economy has been remarkably transformed into that of a regulator.

Based on over a hundred interviews conducted with Chinese central and local officials, firms, scholars, journalists, and consultants, the book demonstrates that the form of central state control varies considerably across leading industrial sectors, depending on the dominant mode of state ownership, conception of control, and governing structure. By analyzing and comparing institutional dynamics across various sectors, Yeo explains variations in the pattern of China's regulation of its economy. She contrasts the regulation of the automobile industry, a relatively decentralized sector, with the highly-centralized telecommunications industry, and demonstrates how China's central party-state maintains regulatory authority over key local state-owned enterprises. Placing these findings in historical and comparative contexts, the book presents the evolution and current practice of state regulation in China and examines its compatibility with other contemporary government practices.