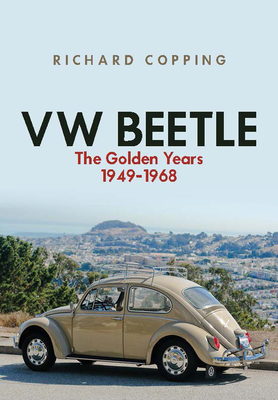 In this highly readable and informative book, VW expert Richard Copping tells the inside story of one of the world's most popular cars. Drawing on his unique experience as an author of many VW books, the author reveals the secrets of the VW Beetle's success. Not only was the concept of a cheap but reliable mass produced car a sound one, but the fact that the car was subjected to continuous improvement rather than radical change meant that the Beetle soon became an icon. Richard Copping also analyses the successful marketing techniques that spread Beetle manufacture and popularity around the world, including countries as far afield as Brazil, South Africa and Australia. Under the leadership of the ingenious Heinz Nordhoff, Volkswagen also ensured that manufacture of the Beetle was fast, efficient and profitable. Particularly in the United States the Beetle was the beneficiary of highly successful advertising campaigns that sealed its reputation as a must have cult icon, alongside the popular VW Transporter. Accompanied by colour illustrations, this book is a fascinating journey through the development of an automotive phenomenon.
VW Beetle: The Golden Years 1949-1968