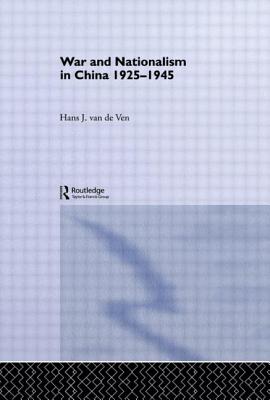 In 1937, the Nationalists under Chiang Kaishek were leading the Chinese war effort against Japan and were lauded in the West for their efforts to transform China into an independent and modern nation; yet this image was quickly tarnished. The Nationalists were soon denounced as militarily incompetent, corrupt, and antidemocratic and Chiang Kaishek, the same.

In this book, van de Ven investigates the myths and truths of Nationalist resistance including issues such as:

War and Nationalism in China offers a major new interpretation of the Chinese Nationalists, placing their war of resistance against Japan in the context of their prolonged efforts to establish control over their own country and providing a critical reassessment of Allied Warfare in the region. This groundbreaking volume will interest students and researchers of Chinese History and Warfare.