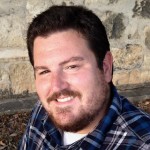 A graduate of the University of Texas at Austin, where he worked for The Daily Texan, Wes grew up in the Piney Woods community of Liberty City, outside Kilgore, and got his start at The Flare, the student newspaper of Kilgore College. In addition to his writing for Texas Monthly, Wes is working on a book about El Camino Real de los Tejas National Historic Trail.