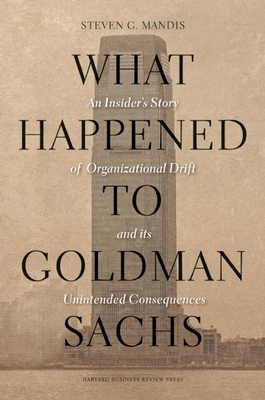 What Happened to Goldman Sachs?: An Insider's Story of Organizational Drift and Its Unintended Consequences

This is the story of the slow evolution of Goldman Sachs--addressing why and how the firm changed from an ethical standard to a legal one as it grew to be a leading global corporation.

In What Happened to Goldman Sachs, Steven G. Mandis uncovers the forces behind what he calls Goldman's organizational drift. Drawing from his firsthand experience; sociological research; analysis of SEC, congressional, and other filings; and a wide array of interviews with former clients, detractors, and current and former partners, Mandis uncovers the pressures that forced Goldman to slowly drift away from the very principles on which its reputation was built.

Mandis evaluates what made Goldman Sachs so successful in the first place, how it responded to pressures to grow, why it moved away from the values and partnership culture that sustained it for so many years, what forces accelerated this drift, and why insiders can't--or won't--recognize this crucial change.

Combining insightful analysis with engaging storytelling, Mandis has written an insider's history that offers invaluable perspectives to business leaders interested in understanding and managing organizational drift in their own firms.

What Happened to Goldman Sachs?: An Insider's Story of Organizational Drift and Its Unintended Consequences

Steven G. Mandis is an adjunct associate professor in finance and economics at Columbia Business School, having previously worked at Goldman Sachs and Citigroup and as a senior advisor to McKinsey & Co. He also teaches at Columbia University’s Masters of Sports Management Program.

He is the author of What Happened to Goldman Sachs: An Insider’s Story of Organizational Drift and its UnintendedConsequences and The Real Madrid Way: How Values Created the Most Successful Sports Team on the Planet (2016).

After 16 years on Wall Street, Mandis enrolled in Columbia as a student in 2008. 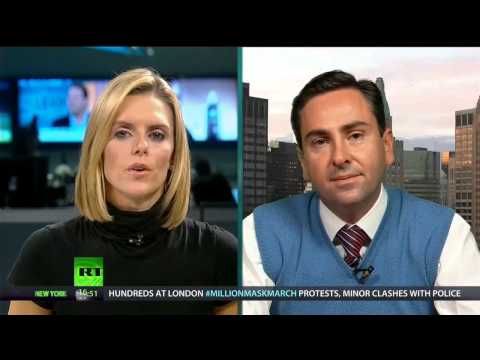