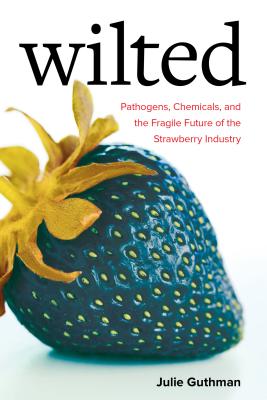 Wilted: Pathogens, Chemicals, and the Fragile Future of the Strawberry Industryvolume 6

Strawberries are big business in California. They are the sixth-highest-grossing crop in the state, which produces 88 percent of the nation's favorite berry. Yet the industry is often criticized for its backbreaking labor conditions and dependence on highly toxic soil fumigants used to control fungal pathogens and other soilborne pests.

In Wilted, Julie Guthman tells the story of how the strawberry industry came to rely on soil fumigants, and how that reliance reverberated throughout the rest of the fruit's production system. The particular conditions of plants, soils, chemicals, climate, and laboring bodies that once made strawberry production so lucrative in the Golden State have now changed and become a set of related threats that jeopardize the future of the industry.

Wilted: Pathogens, Chemicals, and the Fragile Future of the Strawberry Industryvolume 6

Julie Guthman is a professor of social sciences at the University of California, Santa Cruz. Her research has broadly been about how neoliberal-inflected capitalism shapes the conditions of possibility for food system transformation. She has also studied the influence of California’s agrarian past on contemporary efforts to reduce pesticide use.

As a Radcliffe fellow, Guthman is writing a book that traces how the soil pathogen Verticillium dahliae gave rise to the technologies and institutions that brought the California strawberry industry success yet at the same time locked in a system of production that renders less intensive methods nearly unviable. The book will illustrate how much nonhuman actors have shaped the industrial nature of agriculture in California while also revealing the oft-overlooked obstacles to eliminating the use of highly toxic agrochemicals.

She is also a recipient of the Agriculture, Food, and Human Values Society’s Excellence in Scholarship Award and of research funding from the National Science Foundation. Guthman has been a resident fellow at the Rockefeller Foundation Bellagio Center and the University of California Humanities Research Institute. In 2017, she was awarded a Guggenheim Fellowship. 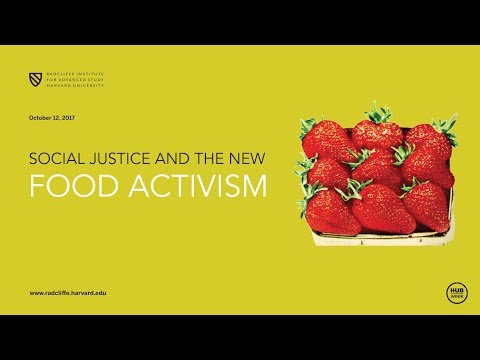