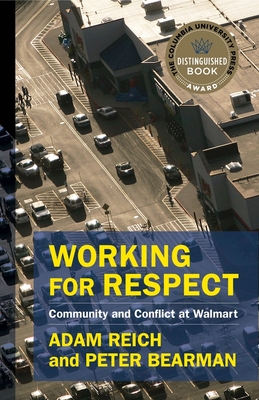 Working for Respect: Community and Conflict at Walmart

Walmart is the largest employer in the world. It encompasses nearly 1 percent of the entire American workforce--young adults, parents, formerly incarcerated people, retirees. Walmart also presents one possible future of work--Walmartism--in which the arbitrary authority of managers mixes with a hyperrationalized, centrally controlled bureaucracy in ways that curtail workers' ability to control their working conditions and their lives.

In Working for Respect, Adam Reich and Peter Bearman examine how workers make sense of their jobs at places like Walmart in order to consider the nature of contemporary low-wage work, as well as the obstacles and opportunities such workplaces present as sites of struggle for social and economic justice. They describe the life experiences that lead workers to Walmart and analyze the dynamics of the shop floor. As a part of the project, Reich and Bearman matched student activists with a nascent association of current and former Walmart associates: the Organization United for Respect at Walmart (OUR Walmart). They follow the efforts of this new partnership, considering the formation of collective identity and the relationship between social ties and social change. They show why traditional unions have been unable to organize service-sector workers in places like Walmart and offer provocative suggestions for new strategies and directions. Drawing on a wide array of methods, including participant-observation, oral history, big data, and the analysis of social networks, Working for Respect is a sophisticated reconsideration of the modern workplace that makes important contributions to debates on labor and inequality and the centrality of the experience of work in a fair economy.

Working for Respect: Community and Conflict at Walmart

Adam Reich received his PhD in sociology from UC Berkeley in 2012, and was a Robert Wood Johnson Health & Society Scholar at Columbia from 2012 to 2014.  He focuses on economic and cultural sociology.

Much of his research concerns how people make sense of their economic activities and economic positions within organizations.  Reich is the author of three books, the most recent of which is Selling Our Souls: The Commodification of Hospital Care in the United States (Princeton, 2014).

He is also the author of several peer-reviewed articles, which have appeared in journals such as the American Journal of Sociology and Social Science & Medicine. 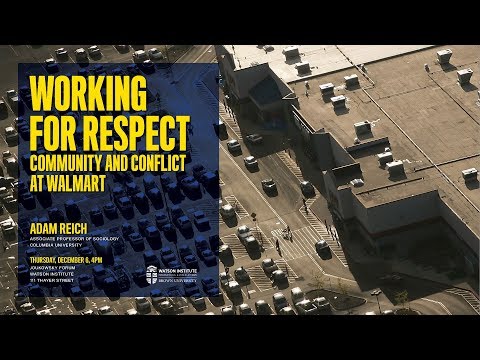