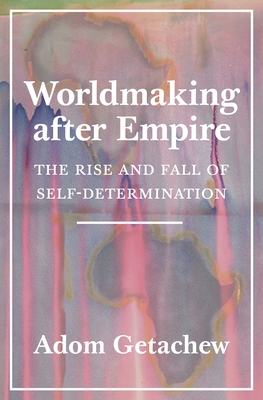 Worldmaking After Empire: The Rise and Fall of Self-Determination

Decolonization revolutionized the international order during the twentieth century. Yet standard histories that present the end of colonialism as an inevitable transition from a world of empires to one of nations--a world in which self-determination was synonymous with nation-building--obscure just how radical this change was. Drawing on the political thought of anticolonial intellectuals and statesmen such as Nnamdi Azikiwe, W.E.B Du Bois, George Padmore, Kwame Nkrumah, Eric Williams, Michael Manley, and Julius Nyerere, this important new account of decolonization reveals the full extent of their unprecedented ambition to remake not only nations but the world.

Adom Getachew shows that African, African American, and Caribbean anticolonial nationalists were not solely or even primarily nation-builders. Responding to the experience of racialized sovereign inequality, dramatized by interwar Ethiopia and Liberia, Black Atlantic thinkers and politicians challenged international racial hierarchy and articulated alternative visions of worldmaking. Seeking to create an egalitarian postimperial world, they attempted to transcend legal, political, and economic hierarchies by securing a right to self-determination within the newly founded United Nations, constituting regional federations in Africa and the Caribbean, and creating the New International Economic Order.

Using archival sources from Barbados, Trinidad, Ghana, Switzerland, and the United Kingdom, Worldmaking after Empire recasts the history of decolonization, reconsiders the failure of anticolonial nationalism, and offers a new perspective on debates about today's international order.

Worldmaking After Empire: The Rise and Fall of Self-Determination

Adom Getachew is Neubauer Family Assistant Professor of Political Science and the College at the University of Chicago. She is a political theorist with research interests in the history of political thought, theories of race and empire, and postcolonial political theory.

Her work focuses on the intellectual and political histories of Africa and the Caribbean. Her first book, Worldmaking After Empire: The Rise and Fall of Self-Determination, reconstructs an account of self-determination offered in the political thought of Black Atlantic anticolonial nationalists during the height of decolonization in the twentieth century.

Adom holds a joint PhD in Political Science and African-American Studies from Yale University. She is on the faculty board of the Pozen Center for Human Rights, a fellow at the Chicago Center for Contemporary Theory, and a faculty affiliate at the Center for the Study of Race, Politics and Culture.

Source: University of Chicago Division of the Social Sciences 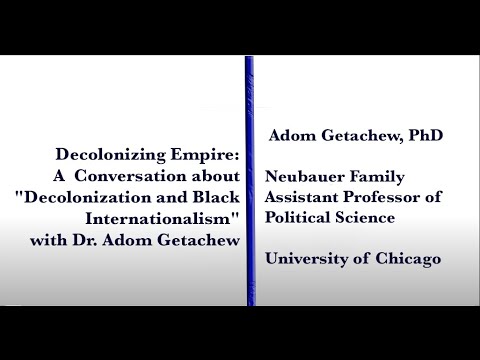 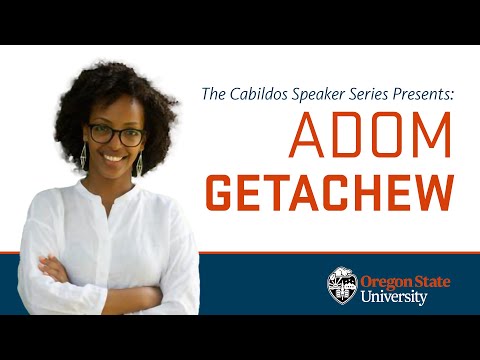 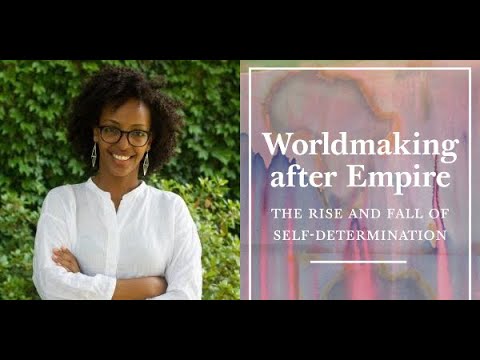