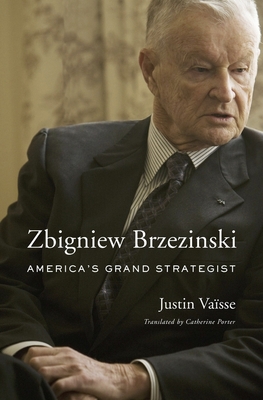 As National Security Adviser to President Jimmy Carter, Zbigniew Brzezinski (1928-2017) guided U.S. foreign policy at a critical juncture of the Cold War. But his impact on America's role in the world extends far beyond his years in the White House, and reverberates to this day. His geopolitical vision, scholarly writings, frequent media appearances, and policy advice to decades of presidents from Lyndon Johnson to Barack Obama made him America's grand strategist, a mantle only Henry Kissinger could also claim.

Both men emigrated from turbulent Europe in 1938 and got their Ph.D.s in the 1950s from Harvard, then the epitome of the Cold War university. With its rise to global responsibilities, the United States needed professionals. Ambitious academics like Brzezinski soon replaced the old establishment figures who had mired the country in Vietnam, and they transformed the way America conducted foreign policy.

Justin Va�sse offers the first biography of the successful immigrant who completed a remarkable journey from his native Poland to the White House, interacting with influential world leaders from Gloria Steinem to Deng Xiaoping to John Paul II. This complex intellectual portrait reveals a man who weighed in on all major foreign policy debates since the 1950s, from his hawkish stance on the USSR to his advocacy for the Middle East peace process and his support for a U.S.-China global partnership. Through its examination of Brzezinski's statesmanship and comprehensive vision, Zbigniew Brzezinski raises important questions about the respective roles of ideas and identity in foreign policy.

Founder and Director General of the Paris Peace Forum, Justin Vaïsse previously led the Centre for Analysis, Planning and Strategy at the French Ministry of Foreign Affairs from 2013-2019. Justin Vaïsse also served as Director of Research at the Brookings Institution in Washington (2007-2013), with a focus on transatlantic relations and European foreign policy.

A historian specialized in international relations and American foreign policy, Dr. Vaïsse has written and co-authored numerous works translated in multiple languages, and has held teaching positions at the Paris School of International Affairs of Sciences Po, and School of Advanced International Studies of Johns Hopkins University.

Justin Vaïsse is a senior fellow in Foreign Policy at the Brookings Institution, and serves as the director of research for its Center on
the United States and Europe. An accomplished expert on American foreign policy and European affairs, Vaïsse has held several positions in government and academia, and is the author, among other books, of Neoconservatism: The Biography of a
Movement.

From 2003 to 2007, he served as a special adviser on the United States and transatlantic relations at the Centre d'Analyse et de Prévision (the Policy Planning Staff) of the French Foreign Ministry. During that period, he was also an adjunct professor at Sciences-Po in Paris. He is currently an adjunct professor at the Johns Hopkins School of Advanced International Studies (SAIS) in Washington.

From 2002 to 2003, he was a visiting fellow at the Center on the United States and France, a precursor to CUSE at Brookings. Vaïsse is the author, co-author or editor of seven books on the United States, especially on American foreign policy, including the award-winning L'empire du milieu. Les Etats-Unis et le monde depuis la fin de  la guerre froide (with Pierre Melandri – Paris, 2001) and Washington et le monde. Dilemmes d'une superpuissance (with Pierre Hassner – Paris, 2003). His 2010 book, Neoconservatism: The Biography of a Movement, published by the Belknap Press of Harvard University Press, has been hailed as “one of the most comprehensive and balanced studies of the history of neoconservatism yet to appear” by Professor Francis Fukuyama.

Vaïsse is now at work on a biography of former National Security Adviser Zbigniew Brzezinski, to be published in 2013.

Vaïsse is also an expert of Islam in France. He published Integrating Islam: Political and Religious Challenges in Contemporary France (Brookings Press, 2006) with Professor Jonathan Laurence from Boston College, a book named “2007 Outstanding Academic Title” by the American Library Association and subsequently translated into French.

His more recent field of research is Europe's external relations. Starting in 2010, Vaïsse initiated and led, with Hans Kundnani, a project called the European Foreign Policy Scorecard, done in partnership with the European Council on Foreign Relations (ECFR), to evaluate Europe's performance on the world stage. The first edition, published by ECFR in 2011, was described by Foreign Affairs as "a pioneering experiment in foreign policy analysis", and the second edition (2012) has had significant political impact in
many European capitals.

Vaïsse has written numerous articles and op-eds in European and American newspapers and journals. A graduate of L'Ecole Normale Supérieure and Sciences-Po, he received his Agrégation in history in 1996, his Ph.D. in 2005, and his Habilitation in 2011. He was a teaching assistant at Harvard University from 1996-1997.

He lives in the Washington, DC area with his wife and children. 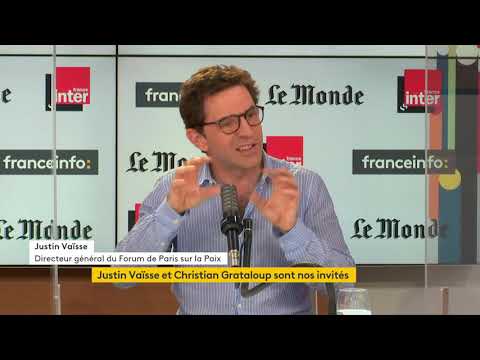 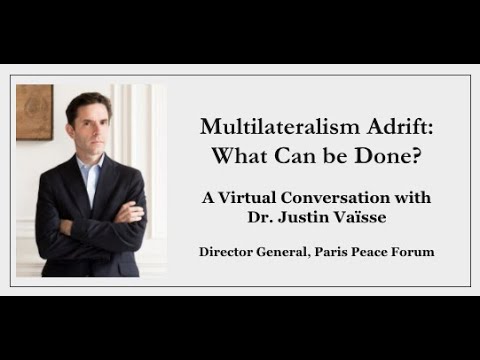 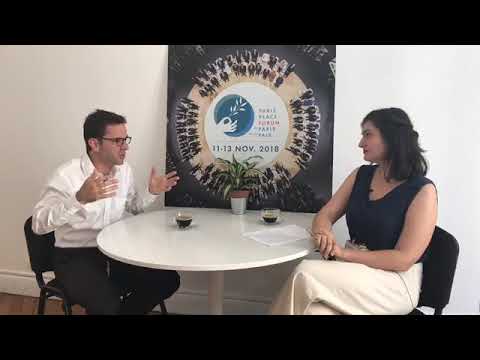