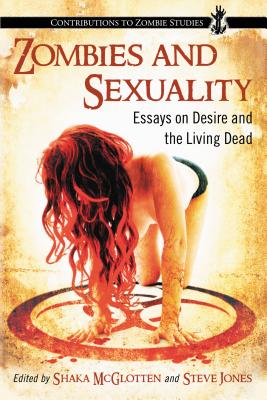 Zombies and Sexuality: Essays on Desire and the Living Dead

Since the early 2000s, zombies have increasingly swarmed the landscape of popular culture, with ever more diverse representations of the undead being imagined. A growing number of zombie narratives have introduced sexual themes, endowing the living dead with their own sexual identity. The unpleasant idea of the sexual zombie is itself provocative, triggering questions about the nature of desire, sex, sexuality, and the politics of our sexual behaviors. However, the notion of zombie sex has been largely unaddressed in scholarship. This collection addresses that unexamined aspect of zombiedom, with essays engaging a variety of media texts, including graphic novels, films, television, pornography, literature, and internet meme culture. The essayists are scholars from a variety of disciplines, including history, theology, film studies, and gender and queer studies. Covering The Walking Dead, Warm Bodies, and Bruce LaBruce's zombie-porn movies, this work investigates the cultural, political and philosophical issues raised by undead sex and zombie sexuality.
Zombies and Sexuality: Essays on Desire and the Living Dead