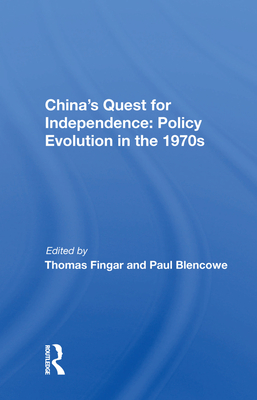 This examination of policy developments in the People's Republic of China since the Cultural Revolution addresses two central questions: (1) how durable were foreign and domestic policies during the 1970s; and (2) what is the relationship between foreign and domestic policy and between both of these policy areas and internal political maneuvering? Studies of five broad policy areas reveal that most policies were very stable during this period and that foreign policy was linked to domestic issues and political competition only to the extent that it impinged on domestic interests. The studies trace the evolution of policies on specific issues such as education, foreign trade, and military doctrine, but they also evaluate these policies and decisions in the larger context to which they belong. Key decisions at the start of the decade affected the evolution of policy in all areas and largely shaped the change from adherence to precepts of the Cultural Revolution to the conviction that economic and technical emphasis must displace efforts to achieve social equality in the short run if China is to become a secure and independent nation.
China's Quest for Independence: Policy Evolution in the 1970s