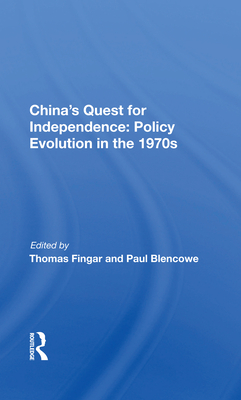 This examination of policy developments in the People's Republic of China since the Cultural Revolution addresses two central questions: how durable were foreign and domestic policies during the 1970s and what is the relationship between both of these policy areas and internal political maneuvering?
China's Quest for Independence: Policy Evolution in the 1970s