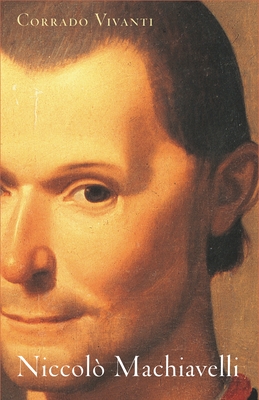 A colorful, comprehensive, and authoritative account of Machiavelli's life and thought

This is a colorful, comprehensive, and authoritative introduction to the life and work of the author of The Prince--Florentine statesman, writer, and political philosopher Niccol� Machiavelli (1469-1527). Corrado Vivanti, who was one of the world's leading Machiavelli scholars, provides an unparalleled intellectual biography that demonstrates the close connections between Machiavelli's thought and his changing fortunes during the tumultuous Florentine republic and his subsequent exile. Vivanti's concise account covers not only Machiavelli's most famous works--The Prince, The Discourses, The Florentine Histories, and The Art of War--but also his letters, poetry, and comic dramas. While setting Machiavelli's life against a dramatic backdrop of war, crisis, and diplomatic intrigue, the book also paints a vivid human portrait of the man.

Vivanti's narrative breaks Machiavelli's life into three parts: his career in a variety of government and diplomatic posts in the Florentine republic between 1494 and 1512, when the Medici returned from exile, seized power, and removed Machiavelli from office; the pivotal first part of his subsequent exile, when he formulated his most influential ideas and wrote The Prince; and the final decade of his life, when, having returned to Florence, he wrote The Art of War, The Florentine Histories, the satirical play The Mandrake, and other works. Along the way, the biography presents unmatched accounts of many intensely debated topics, including the precise nature of Machiavelli's cultural and intellectual background, his republicanism, his political and personal relationship to the Medici, and his ideas about religion.