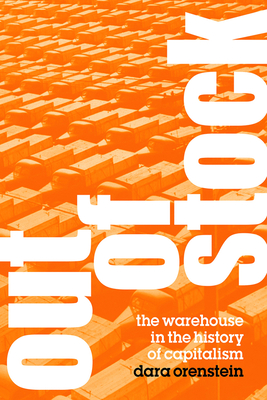 Out of Stock: The Warehouse in the History of Capitalism

In Out of Stock, Dara Orenstein delivers an ambitious and engrossing account of that most generic and underappreciated site in American commerce and industry: the warehouse. She traces the progression from the nineteenth century's bonded warehouses to today's foreign-trade zones, enclaves where goods can be simultaneously on US soil and off US customs territory. Orenstein contends that these zones--nearly 800 of which are scattered across the country--are emblematic of why warehouses have begun to supplant factories in the age of Amazon and Walmart. Circulation is so crucial to the logistics of how and where goods are made that it is increasingly inseparable from production, to the point that warehouses are now some of the most pivotal spaces of global capitalism. Drawing from cultural geography, cultural history, and political economy, Out of Stock nimbly demonstrates the centrality of warehouses for corporations, workers, cities, and empires.
Out of Stock: The Warehouse in the History of Capitalism